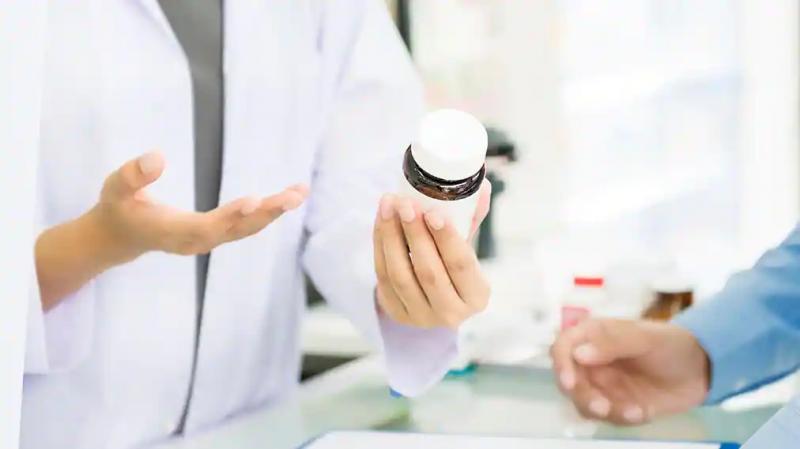 When Melissa, a nurse living in the US state of Alabama, went to pick up her usual treatment for rheumatoid arthritis last week, she was told the medicine was “on hold” until the pharmacist confirms that she was not going to use it to induce an abortion.

“He told me 'I have to check if you are on contraception.' But what is he talking about? she thought then.

Melissa, in her forties and who did not wish to give her last name, finally managed to get the medicine by calling her doctor.

< p>“I went to pick it up a few hours later, but I felt attacked,” she told AFP from this southern state in the United States, adding that she underwent a hysterectomy six years ago – – partial or total removal of the uterus. According to her, her recent lack of contraception may have led the pharmacist to think she might be pregnant.

Similar cases have emerged since the landmark Supreme Court ruling on June 24 removing the right constitutional right to abortion and, in the process, the decision of conservative states to prohibit or severely restrict access to abortion.

At the heart of the problem, methotrexate, which helps limit inflammation and is commonly used against autoimmune diseases such as rheumatoid arthritis. It helps to stop cell division and is also used in high doses against cancer.

But methotrexate is also sometimes used as a means of performing a medical abortion — even if more rarely than the combination mifepristone- misoprostol, approved by US health authorities.

The extent of the problems of access to the latter for its regular users, excluding abortion, is currently poorly known. Organizations of specialists in the diseases concerned, in the know, invited patients to report refusals to them.

A student in Ohio told AFP that he had been on methotrexate since 2020 to treat his systemic lupus erythematosus, another autoimmune disease that affects his kidney, liver and causes joint pain.

A large chain pharmacist explained to her that they “no longer accept prescriptions for methotrexate unless” in the case of an approved medical treatment for breast cancer or if “the patient is obviously not fertile” .

The student says that she then tried in a family pharmacy, without success. Then his doctor's office sent him a letter announcing that he would no longer prescribe the drug because of the difficulty patients had accessing it.

Although the first pharmacy was able to sell her methotrexate in the end, the experience left her “upset and pissed off,” she said.

Jennifer Crow, a resident of Tennessee (South) 48, said she received an automatic call from the large American pharmacy chain CVS indicating that her treatment was suspended, before she finally managed to access it.

CVS and the retail giant Walmart have confirmed to AFP that they are complying with new state legislation, following the decision of the very conservative Supreme Court.

“We encourage caregivers to include their diagnosis in prescriptions so patients have quick and easy access to medications,” CVS added.

Alisa Vidulich, director of public policy at The Arthritis Foundation, told AFP confident in a quick resolution of this situation with the implementation of guidelines by health personnel and pharmacies.

“But this may not be the case in all states, and this could turn into a long-term problem,” she acknowledged.

Melissa, the Alabama nurse, said she was outraged by the unfair treatment that allowed the one of his best friends, a man, to get methotrexate without any worries.

“We are going in the wrong direction. we and it's terrifying. I have two daughters, I don't want to see” this for their future, she added.