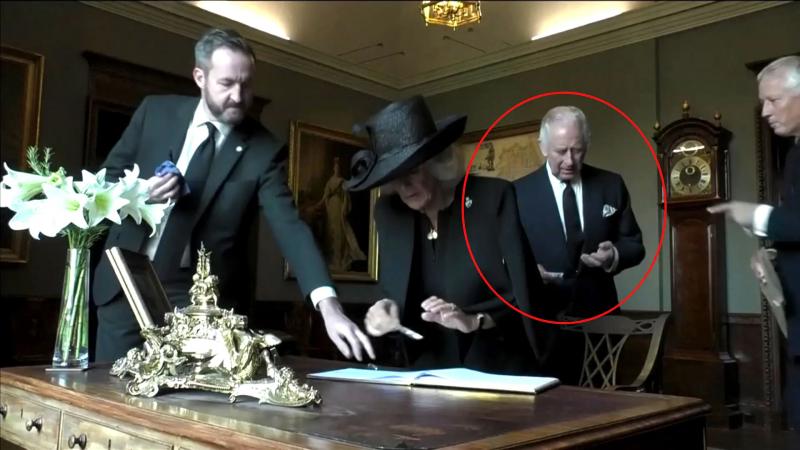 For the second time in days, King Charles III expressed his frustration as he had to sign a document with a leaky pen.

The small incident, which visibly greatly angered the monarch, was captured on video.

King Charles III was visiting Northern Ireland as part of his UK tour to honor the memory of his mother. He has, on many occasions, been greeted by cheering crowds.

Nevertheless, his fiery temper prevailed when signing a guestbook in front of the cameras at Hillsborough Castle near of Belfast.

The ink from the pencil he used dripped onto his hand.

“Oh my God, I hate that (pen)!”, dropped the king as he stood up and handed the pen to his wife, the queen consort, Camilla.

'Oh look, it goes everywhere,' she added as Charles wiped his fingers .

“I can't stand this f***ing thing…every [damn] time,” the king said as he walked away.

An elder King's aide has previously said that this one can be fun, but also angry and demanding.

On Saturday, while signing documents in London, the irritated King waved assistants to help him when a pen holder on the table bothered him.

While filling out paperwork on Tuesday, he also ut he read the wrong date, before checking with an assistant who told him it was September 13, not September 12.