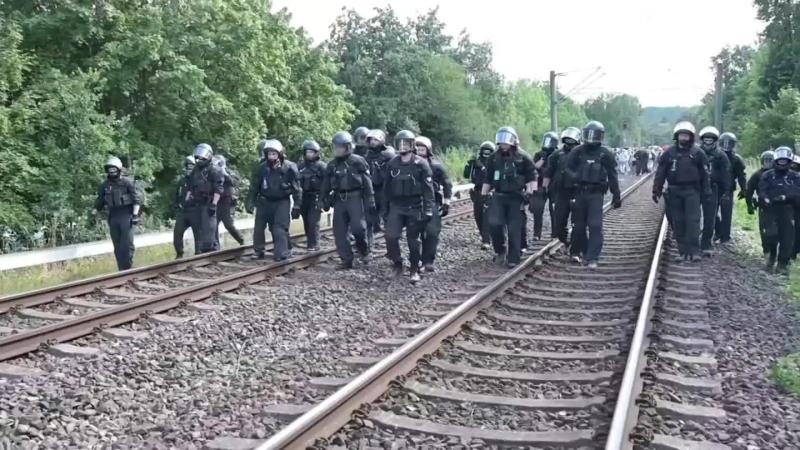 About 150 pro-climate protesters from various organizations attempted to block a delivery of natural gas on a railway in Hamburg, Germany, this Saturday.

< p>According to “Reuters”, the demonstrators were dressed in white overalls and equipped with a yellow mask.

German police officers quickly put an end to the demonstration by arresting many people .

The security forces did not go out of their way to extricate the demonstrators from the rail network.

On the images, we can see police Riot squads will be deployed to overcome the blockade.

These pro-climate movements come as Germany fears natural gas shortages for the winter, due to tensions with Russia and the Nord Stream 1 gas pipeline.

In the event of a shortage, the country recently announced the use of coal to compensate for losses of liquefied natural gas from Russia.