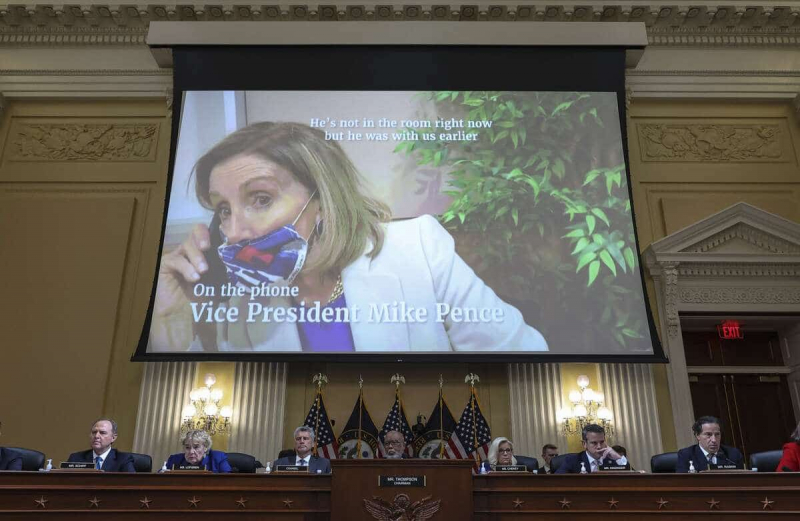 Never-before-released videos of one of the US state's most senior figures, Nancy Pelosi, and other elected officials were released Thursday by the commission investigating the Capitol storming, showing how those officials frantically spent calls during the attack for law enforcement reinforcements.

We see Ms. Pelosi, the Democratic Speaker of the House of Representatives, tense, but keeping his composure in a secure place on January 6, 2021.

“There has to be a way to safeguard people's sense that there is some security or some trust in the makes the state work and we can elect the president of the United States,” she says.

That day, the elected officials were gathered at the headquarters of Congress in Washington to certify the victory of Democrat Joe Biden in the 2020 presidential election. But a crowd of supporters of Donald Trump, for whom the ballot was “stolen” from the Republican, demonstrated in front of the Capitol.

Some of them stormed the Capitol, violence that sent shock waves around the world.

In the video , a stunned Ms. Pelosi is told that elected officials have started donning gas masks.

“Can you bring in the Maryland National Guard too?” “, we see it asking Christopher Miller, acting Minister of Defense at the time.

Never before seen video: Nancy Pelosi, others, desperately seek help from secure location while the US Capitol is under attack, all while Trump does nothing. pic.twitter.com/1jQMgQh5AA

“Why don't you get the President to tell them to get out of the Capitol, Mr. Attorney General, as part of your policing duties? “, he throws.

Nancy Pelosi is filmed calling the governor of Virginia, Ralph Northam, while observing the events on television.

< p>“Hello governor, it's Nancy (…). They're breaking windows, they say somebody got shot, it's just awful and it's all instigated by the President of the United States,” she told him.

The two Democrats are also seen at one point alongside Republican figures, discussing ways to get help.

WATCH: The House select committee investigating the Jan. 6 Capitol riot played new clips of House Speaker Nancy Pelosi and others calling multiple Trump administration officials to urge them to take action to quell the riot as they hid from the mob. https://t.co/yDqQa6ZEHR pic.twitter.com/Ib3xun4qYX

The video shown on Thursday was intercut with footage of the belligerent crowd and supporters of President Trump roaming the halls of the Congress.

“Bring her to us! shouts a protester, in an apparent reference to Nancy Pelosi.