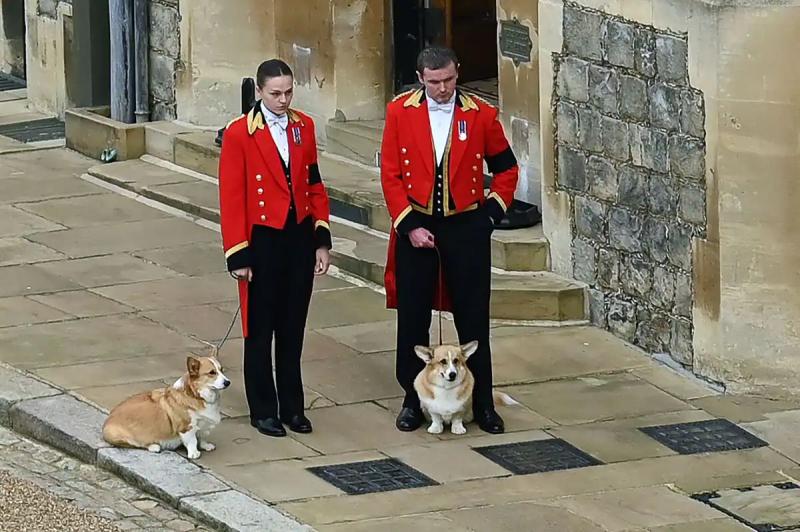 WINDSOR | The British royal family and dignitaries from around the world were not the only ones who took part in the commemorations of Elizabeth II on Monday: her two adored corgis as well as one of her favorite ponies were present in Windsor to greet the sovereign one last time .

On the front steps of Windsor Castle, Muick and Sandy waited, escorted by two guards, for the funeral procession from London after the monarch's grand funeral to ascend the Long Walk to the castle, where Elizabeth II will be buried privately on Monday evening.

Forever associated with Queen Elizabeth II, the two corgis have now adopted by Andrew, the youngest son of the sovereign who died on September 8.

It was already Andrew, often presented as “the favorite son” of Elizabeth II, but who fell out of favor after accusations of sexual assault on a minor, who had offered these two little puppies to the sovereign, a few months apart. .

Muick and Sandy, the last proud representatives of the more than thirty corgis owned by the Queen, had brought her much comfort during the pandemic, according to her dresser Angela Kelly.

One of the Queen's ponies, Emma, ​​was also found along the long walk that runs through the royal estate to Windsor Castle, as the hearse carrying the queen's coffin rolled up the avenue.

The black pony was one of the sovereign's favorites and accompanied her for 26 years.

< p>The queen has never hidden her passion for horses. In her nineties, she still rode a horse, without a bomb, but with a scarf protecting her gray hair.

The monarch's love for corgis and horses was well known to the British. In the flowerbeds placed in homage to the queen, you could see many drawings or stuffed animals of dogs or horses.