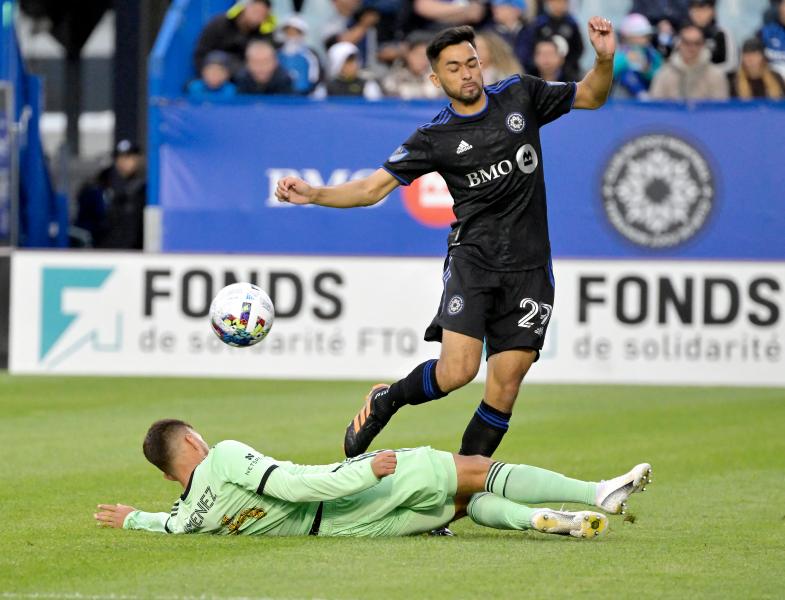 CF Montreal certainly disappointed their fans on Saturday when they suffered a 1-0 loss at home to Austin after returning from a three-week international break.

The club have deployed a starting XI that we are not necessarily used to seeing due to injuries and the recent return of some players who were with their national team.

Coach Wilfried Nancy chose to let these players start the match on the bench, or outright in the stands.

If the Honduran international Romell-Quioto, in particular, had been there from the start of the match, the result would undoubtedly have been different.

The other two notable absentees were attacking midfielder Djordje Mihailovic, injured in the Montreal's last game at the end of May, and Kamal Miller on defense.

All of that gave other players a chance to show their worth, but I don't think they took that opportunity.

Midfielder Matko Miljevic, in particular, was expected to take Mihailovic's place, but he didn't do enough to influence the game offensively.

Argentinian Joaquin Torres had to he gave him the opportunity to be the protagonist of the attack, but he really didn't get to that level.

The overall performance wasn't necessarily bad: we created chances where it was harder to miss than to score, but Kei Kamara failed twice, before seeing Quioto do the same.

This lack of consistency in attack and defense is the main reason for this negative result.

For me, even if they played with one player less for more than a half, and even if they were statistically outplayed, Austin players expended more energy, they had a lot more commitment to their game and had more quality.

Conversely, quality of CF Montreal around the goal, the final pass, the shots were weak.

During his two-season stint in Montreal in 2019 and 2020, Austin forward Maxi Urruti saw a hockey goal instead of a soccer goal.

Despite his significant salary at At the time, he had all the trouble in the world to score for Montreal. But on Saturday, it was he, with the support of his teammates, who came to score the winning goal at Stade Saputo.

It is certain that the technical staff and Montreal fans did not expect to that and I'm sure Wilfried Nancy was not happy with this result at all, even though he had important players who couldn't start the game or who were injured.

The club didn't However, there won't be much time to think about this failure, since the action resumes tomorrow against Toronto in the Canadian Championship, before the visit of Charlotte FC on Saturday evening.