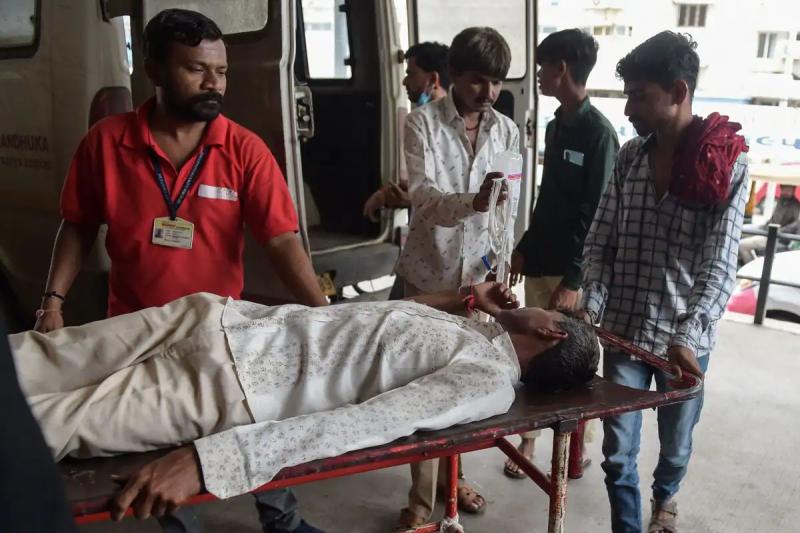 At least 42 people have died in western India and nearly 100 others have been hospitalized since Monday, victims of smuggled alcohol, police said Thursday.

And the Ahmedabad district has registered 11 deaths according to the Inspector General of this district, V. Chandrasekar.

Gujarat, where Prime Minister Narendra Modi is from, is a state where the consumption and sale of alcohol is prohibited by law.

According to Yadav, residents of half a -dozen villages drank this alcohol supplied by a local trafficker on Sunday.

“Investigation revealed that the victims had consumed industrial methanol, which caused their death,” said state Home Minister Harsh Sanghavi in ​​a statement.

According to Mr Sanghavi, 97 people have been admitted to the hospital for treatment, two of whom are in a critical state.

Hundreds of people die each year in India, victims of alcohol produced in clandestine distilleries.

Of some five billion liters of alcohol consumed each year in the country, approximately 40% are produced clandestinely, according to the International Spirits and Wine Association of India.

Alcohol is often tampered with methanol to increase its potency. If ingested, methanol can cause blindness, liver damage and death.

And in 2019, some 150 people died of alcohol intoxication in the northeastern state of Assam , most worked tea plantations.