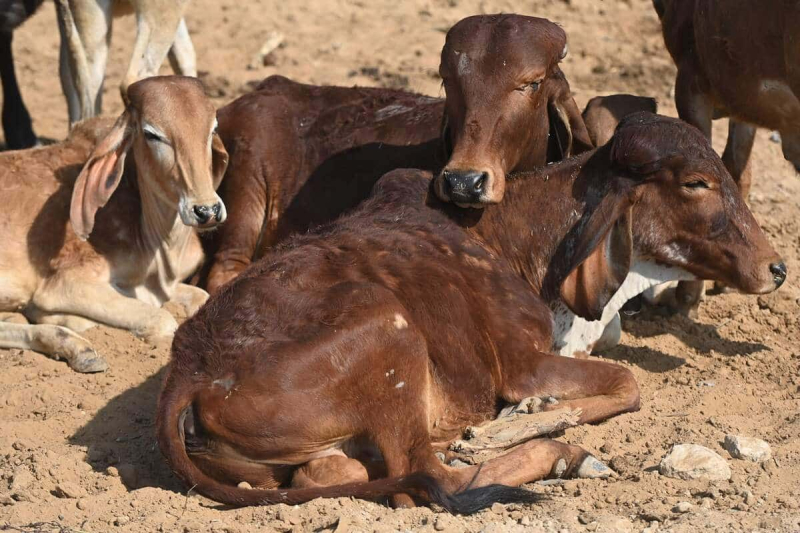 A court in western India has sentenced a Muslim man accused of cattle smuggling to life in prison, reaffirming the sanctity of the cow and pointing out that cow dung houses are even protected from radioactive fallout.

Cows are revered in much of India, and authorities are cracking down on cattle slaughter in recent years, with help from Hindu nationalist groups.

The Gujarat court was deciding the case of a man accused of smuggling a herd to kill, a practice illegal under the laws of that state.

Presiding judge Samir Vinodchandra Vyas called the 22-year-old's actions “very disappointing” and sentenced him to life in prison after finding that slaughtering cows was the source of innumerable problems.

“All the misfortunes of the world will be solved the day when no more drop of cow's blood will not fall on the ground,” he said according to a copy of the judgment, rendered at the end of November 2022, but only published at the end of last week.

“It has been proven by the science that even atomic radiation cannot affect houses made of cow dung. Drinking cow urine can cure many incurable diseases,” the judge pointed out, without citing any scientific evidence to support his thesis.

Hindu nationalist groups are campaigning in India against the cattle slaughter, sometimes with deadly consequences.

In recent years, they have pushed Muslim-owned slaughterhouses out of business and lynched people accused of involvement in cattle slaughter.