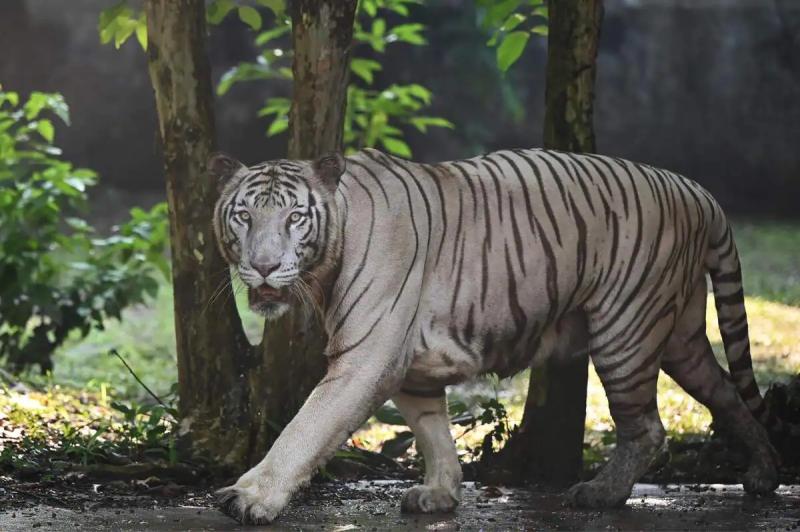 An Indian woman managed to save herself and her 15-month-old boy from the clutches of a tiger by defending herself with her bare hands, a local official said on Wednesday, in the central Indian state of Madhya Pradesh.

Archana Choudhary had just come out of her house on Sunday evening, with her 15-month-old baby boy when a tiger, presumably strayed from the Bandhavgarh reserve, pounced on them, told AFP Sanjeev Shrivastava, a local official.

The feline attacked them and was about to bite off the child's head, when the mother intervened in extremis, he added.&nbsp ;

The tiger continued to attack them, until villagers, alerted by the cries of the mother, rushed to their aid. The animal then fled into the forest.

The mother had punctured lungs and also had injuries to her abdomen. The little boy had his head gouged out by fangs.

“She was admitted to the hospital. She is out of danger and recovering. The baby is also doing well,” Mr. Shrivastava said. operation was carried out to help the tiger regain its territory. Villagers were advised not to go out in the middle of the night.

Human-wildlife conflict is on the rise across South Asia, where more and more forests are receding ahead of urban sprawl.

Nearly 225 people were killed in tiger attacks between 2014 and 2019 in India, according to government figures.