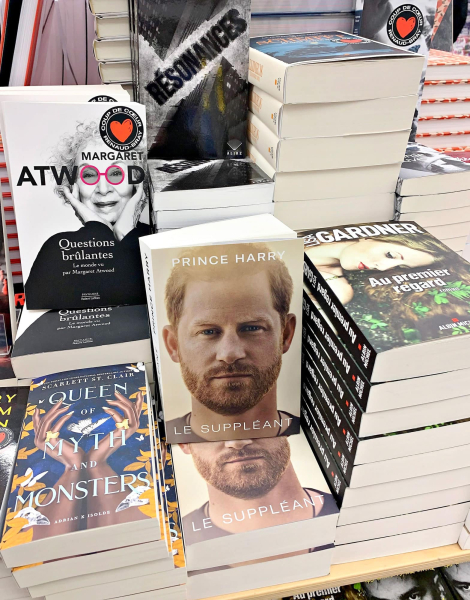 The publication of Prince Harry's memoirs is not generating much enthusiasm among Quebecers, according to booksellers consulted by Le Journal.

Unlike in the United Kingdom, where readers eager for juicy revelations about the royal family were able to buy the book from midnight on the night of Monday to Tuesday, there is no there was no rush to bookstores back home when the first copies of Substitute went on sale.

“It does not react very strongly,” confirms the communications director of the Renaud-Bray channel, Floriane Claveau.

” We had a few reservations before the release of the title, but not a lot. There are other biographies that have had a lot more than that,” she says.

The observation is the same with two booksellers in Quebec City, where there was no out of the ordinary customers.

We had planned for it. At Pantoute as at Laliberté, the inventories are the same as for any other release of a biography of a public figure.

“As one of my colleagues said, Prince Harry is not Harry Potter,” laughs the communications manager of the Pantoute bookstore, Benoît Vanbeselaere.

Like Christian Laliberté, owner of the bookstore of the same name, he nevertheless believes that the interest of the media could pique the curiosity of Quebecers.

At Hachette Canada, we did not take any risks. < /p>

The circulation for Quebec and French-speaking Canada is 10,000 copies, which represents a large marketing, according to the press service representative, Fabienne Corriveau.