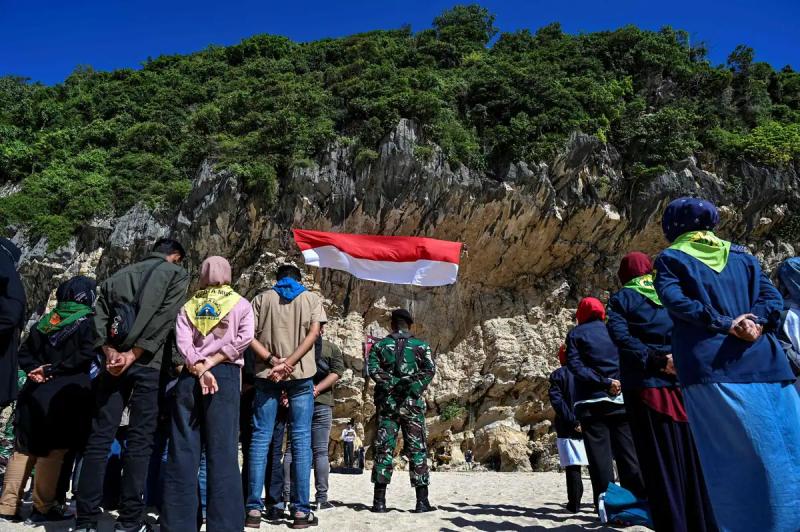 Indonesia celebrated its first independence on Wednesday in its future capital in Borneo, an island that is home to one of the world's largest rainforests, set to replace the densely populated city of Jakarta.

Nusantara, 2,000 km from Jakarta, is to become the new political capital of the Southeast Asian archipelago and the fourth largest country in the world. < /p>

The project, which was announced by President Joko Widodo in 2019, has drawn criticism from environmentalists who believe it could accelerate the destruction of tropical jungles.

The government is preparing to redouble efforts on infrastructure projects in order to be able to inaugurate the capital when Mr. Widodo leaves office in 2024.

The new capital will occupy more than 56,000 hectares in the province of East Kalimantan, on the island of Borneo, shared between Indonesia, Malaysia and Brunei. In total, more than 256,000 hectares have been set aside for expansion of the project.

“The main purpose (of the ceremony) is to capture the spirit of the 77th anniversary of independence, to strengthen our determination and spirit for the construction of the new capital,” the head of the New Capital Authority said.

After raising the national flag in honor of independence , the workers present on the site have claimed together to be “ready to develop Nusantara”, a name which means “archipelago” in Indonesian.

The construction of the project which was to start in 2020 has been slowed down by the pandemic. It should be spread over several stages until 2045.