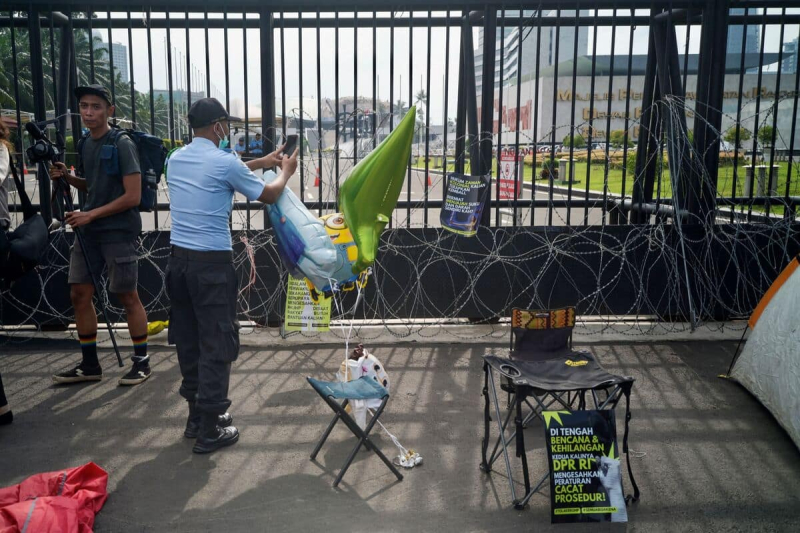 Indonesia's parliament on Tuesday approved a bill criminalizing sex outside marriage and concubinage, denounced by human rights defenders as a rollback of freedoms and a shift towards fundamentalism in the most Muslim-majority country. populated by the world.

This reform of the penal code, which dates from the Dutch colonial era, was adopted by a majority of deputies. The text, which must still be signed by the president, will come into force in three years.

It makes sexual relations outside marriage punishable by one year in prison, and six months in prison for the cohabitation of unmarried couples, according to a copy of the law seen by AFP.

“We have done our best to take into account the important issues and the different opinions that have been debated,” Justice Minister Yasonna Laoly told parliament.

“However, it is time for us to make a historic decision on amending the penal code, and leaving behind the colonial penal code that we inherited” upon the country's independence in 1949, he added.

A spokesman for the committee responsible for drawing up the bill at the Ministry of Justice, Albert Aries, affirmed that the reform will protect the institution of marriage.

Mr. Aries stressed that premarital and extramarital sexual relations can only be denounced by the spouse, parents or children, which will de facto limit the scope of the text.

But the reform has been criticized by human rights defenders, who denounce a decline in freedoms, and by Indonesian business circles. The latter believe it will harm tourism, although authorities have insisted that foreigners visiting the island of Bali will not be affected.

At a symposium ahead of Tuesday's vote, US Ambassador to Indonesia Sung Yong Kim said concerned about what he called the “morality clauses” of the criminal code which he said can have a “negative” impact on businesses.

Early versions of the bill planned to make illegal homosexuality, but this provision disappeared from the final text.

For Andreas Harsono, of the organization Human Rights Watch, the prohibition of sex outside marriage and concubinage could however be used to “criminalise” the LGBTQ community, in a country which does not authorize marriage between people of the same sex. /p>

According to human rights groups, the new amendments also underscore a growing slide towards fundamentalism, in a country long hailed for its tolerance and which recognizes five official religions alongside majority Islam.< /p>

“The adoption of the penal code bill clearly constitutes a step backwards in the protection of civil rights (…) in particular freedom of expression and freedom of the press,” Usman Hamid told AFP. director of Amnesty International Indonesia.

In 2019, tens of thousands of people took to the streets to protest against a similar bill, forcing the government to back down.

< p>The reform further punishes with up to four years in prison the dissemination of an ideology “contrary to the Pancasila” – the official Indonesian ideology which emphasizes unity and respect for ethnic and religious minorities.

Another reform approved on Tuesday: the death penalty, often imposed in Indonesia for drug-related crimes, will now be accompanied by a period of probation of ten years, after which it can be commuted to life in prison if the convict has shown exemplary behavior.

A dozen people gathered in central Jakarta on Tuesday holding signs against the new penal code, accusing him of “reinstate colonial-era law”.

Bambang Wuryanto, the head of the parliamentary committee that oversaw deliberations on the text, acknowledged that “it is a human product and it will never be perfect”. But he urged critics to “file a legal appeal with the constitutional court” instead of protesting.