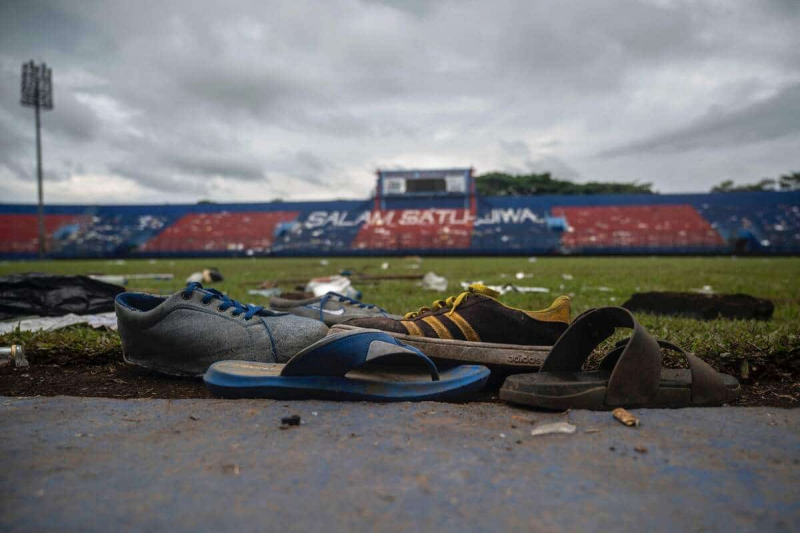 JAKARTA | The soccer stadium where more than 130 people died in early October will be demolished, the Indonesian president announced on Tuesday after meeting with the FIFA boss who wants to help reform football in Indonesia.

Gianni Infantino traveled to the Southeast Asian country two weeks after the deadly stampede sparked by police tear gas at the end of a match in Malang, in the east from the island of Java on October 1.

“For Kanjuruhan Stadium in Malang, we will demolish it and rebuild it according to FIFA standards, with proper facilities that can ensure the safety of players and fans,” President Joko Widodo told reporters after talks. with Mr Infantino.

The head of world soccer's governing body is committed to helping and investing in the transformation of Indonesian football to improve its safety .

“We are going to reform and transform soccer in the country,” said Gianni Infantino, stressing that Indonesia was preparing to host the Under-20 (U-20) World Cup next year in a dozen stadiums in throughout the archipelago.

Efforts will mainly focus on the operational improvement of stadiums, the behavior of supporters, as well as on soccer education programs in schools, he explained.

“We will bring experts, we will help and invest to ensure that Indonesia shines on the world football stage”.< /p>

Joko Widodo added that he had agreed with FIFA on “a profound transformation of Indonesian soccer on all aspects of matches to comply with international security standards. security”.

The death toll from the disaster rose to 133 on Tuesday, after the death of a 33-year-old man who succumbed to his injuries received in the stadium.

More than 40 children also died in the tragedy described by Gianni Infantino as “one of the darkest days for soccer”.

The deadly stampede caused by tear gas towards the stands occurred after a match between the local team Arema FC and that of the neighboring city, Persebaya Surabaya, after local supporters invaded the ground.

Many of the panicked victims were crushed or asphyxiated trying to navigate through closed or narrow exit doors in the 42,000-seat stadium, authorities said.

Six people, including three police officers, have been indicted and the regional police chief transferred.

Investigators last week called on the head of the national soccer federation and its management committee to resign, at the from a preliminary report on the disaster, with no effect so far.

They confirmed that tear gas fire by the police appeared to be the cause of the disaster and reported that more than three hours of surveillance camera footage was missing.

Representatives of FIFA and the Asian Football Confederation (AFC) have been in Jakarta since last week to help the national federation (PSSI) and the government to investigate the event.

Indonesian President Joko Widodo had suspended matches in the country pending the outcome of an investigation and requested a verification of security conditions at all stadiums.