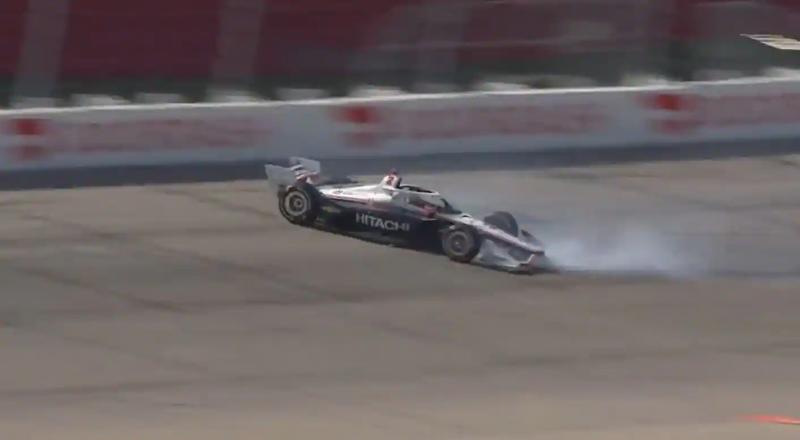 Driver Josef Newgarden, who sits in second place in the overall series standings, was on course for a second win in 24 hours when he suffered the backlash of a mechanical issue.

See the crash that ended race leader Josef Newgarden's day and prevented him from winning both halves of the Hy-Vee IndyCar weekend doubleheader. pic.twitter.com/HnfokeMKpn

His car spun around before hitting the wall at a reasonable speed. Newgarden seemed slightly shaken when he got out of his vehicle, but nothing more.

However, he lost consciousness at the end of the race, after having been examined beforehand.

Later, on Twitter, IndyCar revealed that he had been taken to hospital to be checked, but was “awake and alert”.

C It was Team Arrow McLaren SP driver Pato O'Ward who was crowned at the end of the event, he who savored a first career victory in this series.