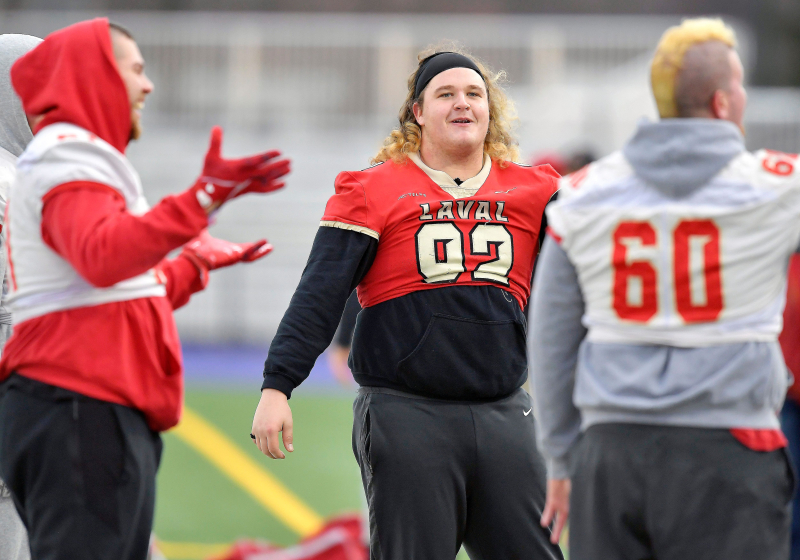 LONDON | The Rouge et Or's long stay in London ends as hoped, with a chance to regain the Canadian championship title eluded them since 2018. On the eve of the last duel of the season, the players are brimming with confidence and have one thing in mind: bring an 11th Vanier Cup to Quebec City.

Le Rouge et Or and the Huskies will meet for the third time in the history of the great celebration of Canadian football. Each duel, disputed in 2004 and 2006, was to the advantage of Quebecers.

After studying his rivals and preparing his troops, Glen Constantin comes to the end of this season with a feeling of pride.

“We are proud to be here, that's for sure. We are confident. We put in the effort, we prepared well, we had a good focus all week, both on the field and in meetings. I am really proud of the effort and the preparation of the players,” commented the Rouge et Or driver after the last training session of the season.

With Constantin at the helm of the team, Université Laval has a record of nine victories and two losses at the Vanier Cup. A significant statistic, but which would not be possible without a precious entourage, warns the big boss of the team.

“I'm blessed to have consistency [in my coaching staff]. I'm 9-2, but I'm 9-2 with Marc Fortier. I'm 9-1 with Justin Ethier. To be able to keep these coaches, to have consistency in what we do, it's a reassuring effect for our players, ”he wisely noted.

This reassuring effect was noticeable during training on Friday afternoon. The atmosphere was relaxed even though several were about to play the most important match of their young career.

Glen Constantin even draws a parallel with the training camps in Florida that the team had been doing until in 2019.

“They live together, they have a common goal, you see that they are welded and that they have a greater bond than they were before. »

Defensive tackle Jean-William Rouleau confirms what his coach said. The extended stay in London was more than beneficial.

“We had a great week together. […] It brings us closer. I think it's a good deal before the biggest game of the year. I think we can't be in better cohesion, ”said the 23-year-old athlete.

In confidence and excited at the idea of ​​being among the last two clubs to still play football in the country, Rouleau sees how far his people have come.

“We are not the same team as at the beginning of the year. We have really improved all season in all aspects, defensively, offensively, on special teams. I think we are more mature. We are the best version of the Rouge et Or 2022.”

Freshly crowned the nation's MVP on Thursday night, Kevin Mital is expecting a hard-fought game. players”, but that there are others “that we can easily attack without any problem”.

“They sometimes have dubious techniques, Justin [Éthier] took care of that to make them pay,” he laughed.

After a colorful and successful season, all that remains is to be ready for any eventuality, says linebacker Charles-Alexandre Jacques.

“It’s a championship game. Anything can happen and we will be ready for anything,” he assured.

If this is the case, the Rouge et Or have a chance of finding themselves champions for an 11th time.&nbsp ;

A defense ready for its last big mission

LONDON | The least we can say is that the Rouge et Or defense was not lacking in challenge in the playoffs. After stopping the most productive offense in the country last week, it now has the daunting task of doing the same with Canada's second offensive power.

At the Mitchell Cup, the formation of the Université Laval limited the Western University Mustangs to 342 total rushing yards. per game this fall.

We will have to repeat the feat on Saturday afternoon, on the Alumni Stadium field, when the Huskies gain 479 yards in each game.

“We had a lot of challenges this year. We played very good quarterbacks in our league and against Western. […] It must be respected. We practice every week against Arnaud Desjardins and he is also a very good quarterback,” notes defensive back Charles-Alexandre Jacques. 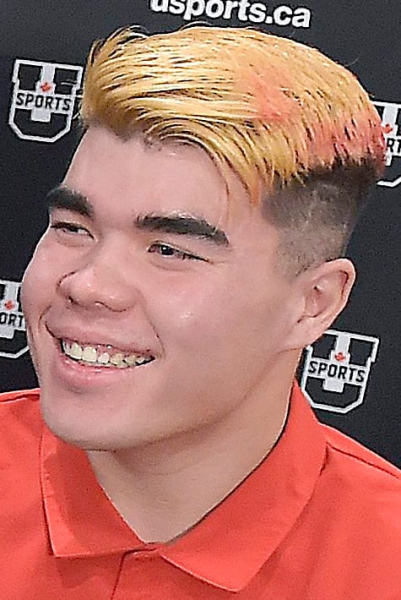 After competing against an attack whose identity is the ground attack, the 21-year-old expects a better balance this time.

“It's a very different game. Western was very physical. I'm not saying that it won't be physical this weekend, on the contrary. But it was a really run game defensively. It will definitely be a more balanced game defensively. »

“They are all good”

His teammate Charles-Antoine Beaulieu draws the same conclusion except for a few details. According to him, the Huskies' fifth-year quarterback, Mason Nyhus, has formidable weapons at receivers. “They are all good. There is not one that stands out more from the lot, “he analyzes.

“There are still the two best teams in the country. We are expecting a very good game. They have a very good attack, both passing and running.

Asked to comment on the Huskies' defensive box, fifth-year veteran Nicolas Guay compared it to that of the Carabins, an opponent they have defeated twice in three occasions this fall.

“I think they are more, a little bit, Montreal style. They move a lot and are definitely more athletic than Western I would say. »