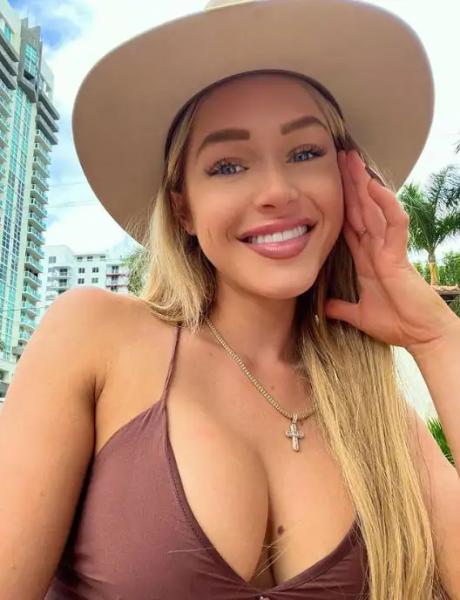 An American influencer is accused of stabbing her boyfriend to death last April.

Courtney Clenney, who has more than two million subscribers on Instagram, was arrested in Hawaii earlier this week.

She should be extradited quickly to Florida where the crime took place on April 3.

Police officers from Miami had been called to the scene that day for domestic violence.

It was there that they discovered Christian Toby Obumseli, seriously injured.

Despite resuscitation maneuvers , the young man died while being transported to the hospital.

Since the start, Courtney Clenney says has only defended herself against Obumseli.

“We are under the shock of Courtney's arrest when all the evidence shows it was self-defense,” Courtney's attorney, Frank Prieto, told CBS News.

“ Obumseli had tried to strangle him that evening. Courtney had no choice but to use force.”

The lawyer said he was disappointed with the arrest warrant issued against his client while she was cooperating with the authorities since the beginning of the investigation.

“It is a total injustice to accuse a victim of domestic violence. We will fight with and for Courtney.”

The relatives of the victim do not believe in the defense of the influencer.

“We have no reason to believe that this was self-defense. Toby was raised in a close-knit family. A family with real values. He was not as described by the accused,” explains a cousin of the young man, Karen Egbuna.