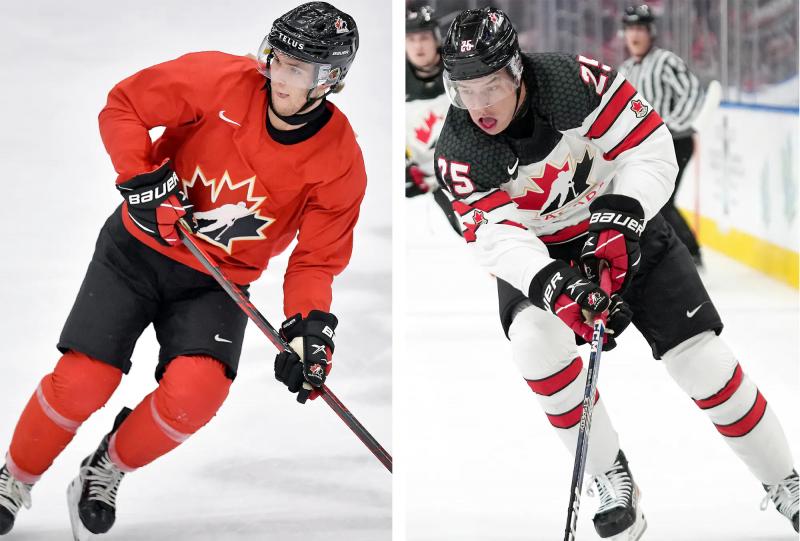 EDMONTON | William Dufour and Joshua Roy hardly knew each other before the start of the World Junior Hockey Championship. However, the chemistry was instantaneous off the ice and also carried over to the ice on Thursday against the Slovaks.

The two hockey players from the greater Quebec City region – Roy comes of Saint-Georges-de-Beauce and Dufour, of Quebec City – had briefly met for the first time during the Junior Team Canada selection camp for the December tournament, which was ultimately canceled.

“Growing up, we played against a few times, but he was from Beauce and I was from Quebec and I was a year older. I think that in total, we had to face each other six or seven times”, explained Dufour yesterday, met in the lobby of the hotel where ECJ and he were enjoying a day off on the eve of their confrontation against to the Czechs on Saturday night.

However, since their arrival in Edmonton, the two hockey players have developed a great friendship.

“He's probably my best friend on the team. We are the only two who come from Quebec, so we were on the plane together. On the bench, we often said to each other that we would like to play together.  »

Their wish was granted, Thursday evening , when head coach Dave Cameron decided to experiment with the game in the pocket for his formation, leading 8 1 after 40 minutes of play.

Roy was thus removed from the first line completed by Mason McTavish and Connor Bedard to find himself with Dufour and Zack Ostapchuk in what theoretically constitutes the third unit in attack. They scored two goals in that engagement.

“I think we had chances to score every time we played. That's what we said to ourselves on the bench, we wanted to create things with each presence. It is sure that we would like to play together again tomorrow [Saturday evening] but it is not our decision.  »

Yesterday, on the microphone of TSN, head coach Cameron did not elaborate on the identity of the player who would complete the McTavish-Bedard duo on Saturday evening – it was Brennan Othmann who did it during the third Thursday period.

The latter has however confirmed that it is goalkeeper Dylan Garand who will face the Czech Republic.

After a slow start against the Latvians on Wednesday, Canada sent a message Thursday by washing out the Slovaks 11 to 1.

“  recognized Dufour, and many were wondering about us. On the other hand, we came out so strong against Slovakia that I think people had their questions answered. The Czechs are a great hockey club and they offered good opposition to Finland [a 4-3 shootout loss]. We are not stressed, we know they have a good team, but we have confidence in our means.  »