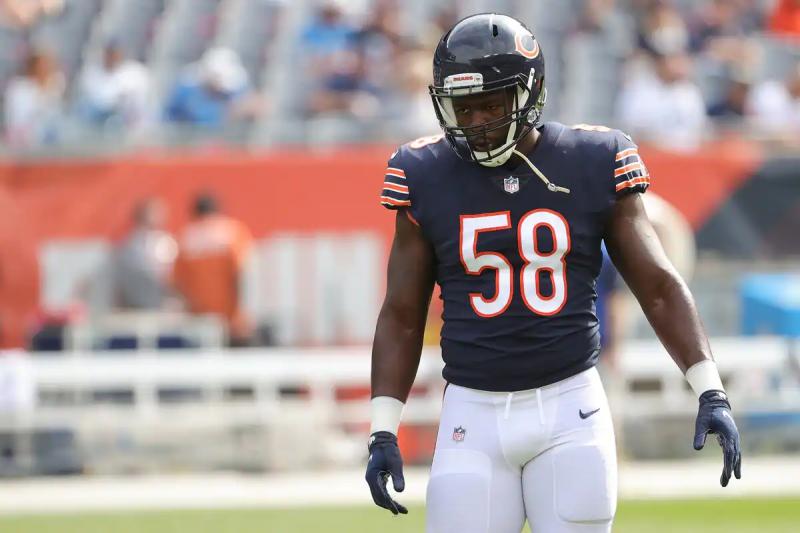 Linebacker Roquan Smith has asked the Chicago Bears to trade him to another NFL roster, after his pride was stung while negotiating a new contract.

In a text published on his social networks, the 25-year-old athlete wrote in particular that the new members of the staff of the club do not “value him” and that they “try to take advantage” of him since talks began last April. He also added that asking to leave the Illinois organization was “deeply painful” because he wanted to play in Chicago for his entire career.

Last offseason, the Bears hired a new general manager and head coach in Ryan Poles and Matt Eberflus. According to the NFL Network, the Bears offered Smith several contract offers, but none of them would have made him the highest-paid linebacker in the NFL.

The eighth overall pick in the 2018 draft is due to play the final year of his rookie contract in 2022. His name is currently on the list of players physically unable to play. However, he intends to present himself soon to the training camp of the Bears without participating in the exercises.

Smith is one of the best elements of the defensive unit in Chicago. Last year, he had 163 tackles in 17 games. This is a career high for him.

More fear than harm among the Saints

That's what a source said. anonymity told ESPN on Tuesday.

Winston hurt one of his feet during a seven-on-seven practice and was forced off the field to the locker room .

The 28-year-old athlete is currently making a comeback after being limited to seven games in 2021 due to a serious injury to his left knee.

In games he played last year, Winston completed 59% of the passes he attempted for 1,170 yards and 14 touchdowns. He was also the victim of three interceptions. The Saints went 5-2 when he was behind center.

Last March, the New Orleans organization awarded a new two-year contract worth a total of $28 million. He is expected to be the club's starter again in 2022, but the Saints have also secured their backs by signing veteran Andy Dalton.