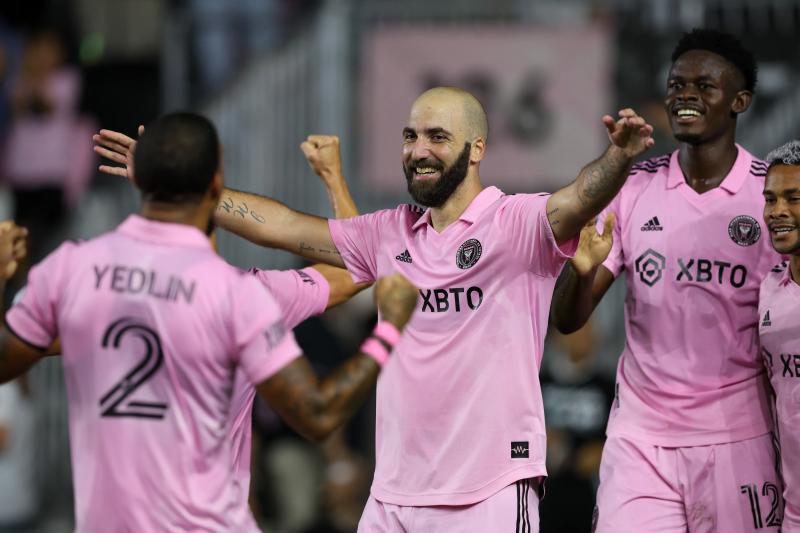 This is where head coach Phil Neville's men will receive a visit from CF Montreal on Sunday to wrap up the regular season. Miami will be able to do it without the pressure of playing a one-off duel.

Leonardo Campana set the tone very quickly by entering the mark 35 seconds after the first whistle from the referee. The Ecuadorian took the defenders in stride before firing a chipped shot over goalkeeper Pedro Gallese, who had ventured too far from his goal.

The inevitable Gonzalo Higuain struck in from two times for Miami, including once on a penalty shot, to bring its total goals to seven in the last five games. Ariel Lassiter concluded his attacking push with a success in the 65th minute.

Ercan Kara (71st) provided the reply for Orlando. The “Lions” will have to win their last game against the Columbus Crew or, in the event of a draw, hope for a loss from FC Cincinnati to earn a ticket to the playoff schedule.

Sticks in the wheels of the Crew

At Bank of America Stadium, Charlotte FC could not keep their slim chances of reaching the playoff schedule, but prevented the Crew from taking off with a late goal to snatch a 2-2 draw.

The expansion team, with 42 points and one game to play, is ninth in the standings in the East, two spots behind the Seventh-placed Crew with 46 points. This point collected by the Ohio team was very important, however, since they will only have to avoid defeat next Sunday against Orlando.

If Andre Shinyashiki frustrated Columbus with his goal in the stoppage time of the second half, the most beautiful moment of the meeting occurred in the 36th minute. The Crew won the ball back after a foul, and Lucas Zelarayan surprised goalkeeper Kristijan Kahlina with a huge shot from the center of the field.

That net went 56.1 yards is the longest free kick scored in MLS history. The previous record belonged to Jamie Smith of the Colorado Rapids, who scored for 52 yards in May 2011.

After hitting the target four times on Saturday against the Philadelphia Union, Daniel Rios continued his success with another goal for Charlotte. Luis Diaz was the author of the Crew's other achievement.