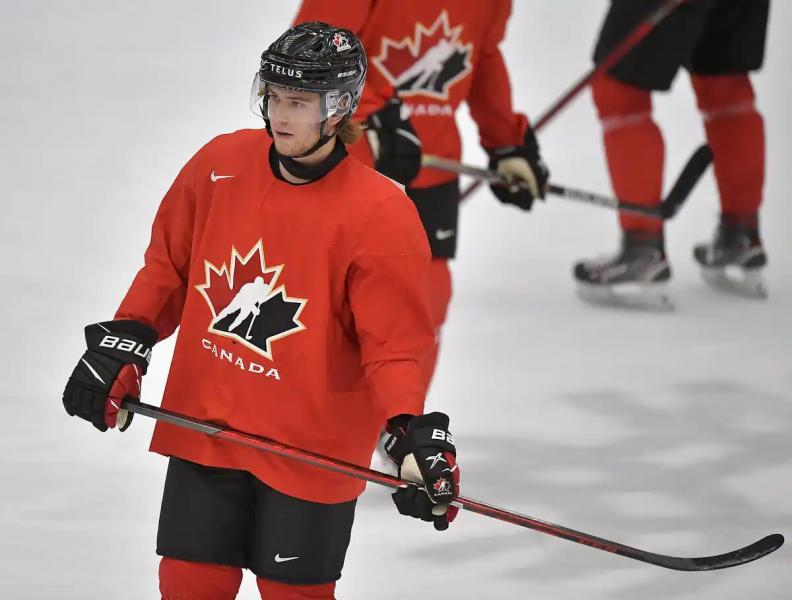 Bedard is considered as the top prospect for the upcoming National League Draft, while McTavish is a first-round pick (third overall) of the Anaheim Ducks in 2021.

According to the TSN network, the three attackers will make up the first offensive line of the Canadian team at the World Junior Hockey Championship (WJC). Competition begins Tuesday in Alberta. This is a replay of the 2022 edition of the tournament, which was canceled due to COVID-19.

Last winter, Roy was one of the last players cut of the maple leaf team. The fifth-round choice (150th overall) from CH in 2021 has just had a fantastic season with the Sherbrooke Phoenix. In 66 games, he hit the target 51 times and provided 68 assists for 119 points. The Quebecer then participated in a playoff game with the Laval Rocket, in the American League.

The Canadian's other prospect with Team Canada Junior, Riley Kidney, acted as an extra forward during the day's practice.

By elsewhere, defender Daemon Hunt will not be able to participate in the WJC. Junior Team Canada announced he was injured and would be replaced by Ethan Del Mastro.

Hunt, whose National League rights belong to the Minnesota Wild since being drafted to the third round of 2020, had 17 goals and 39 points in 46 games with the Moose Jaw Warriors of the Western Junior Hockey League (WHL).

Del Mastro, fourth-round pick of the Chicago Blackhawks in 2021, will replace him in the roster of 25 players. The Mississauga Steelheads player has seven goals and 48 points in 68 games in 2021-22.

Canada will play a preseason game against Sweden on Monday before opening the preliminary tournament against Sweden. Latvia, Wednesday, in Edmonton.