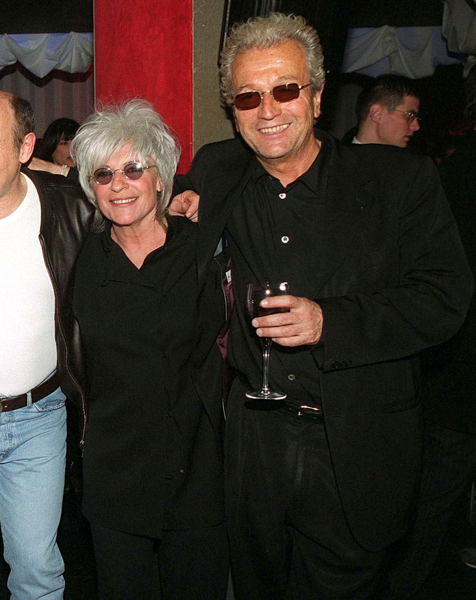 In the early 1980s, Catherine Lara was already enjoying a fine career in France when she “fell in love” with the songs that Luc Plamondon had written for Diane Dufresne.

Feeling that the famous Quebec lyricist could take her to the next level, she took the bull by the horns and placed her order directly with him.

“I said to myself: this is what I want to sing. I inquired to have his telephone number, I ended up finding him and I met Luc. It just happened. He's such a lovely boy.”

In an interview with the Journal, the 77-year-old French singer happily delves into her memories when asked to talk about the man who opened the doors to the heights of the charts by writing to her In the middle of nowhere part and, above all, the unforgettable Magic Night.

If she was able to taste the intoxication of experiencing great popular success, it is “thanks to him”, thanks to the one whose talent she admired for marrying poetry and musicality in his songs, thanks to the one who became a friend with whom she shared countless good meals and bursts of laughter.

“I feel like I have always known him. He was there like the good fairy above my cradle. He's been in my heart forever.”

A hit created in minutes

Magic Night, song- flagship of Catherine Lara's repertoire, is the one that allowed her to become known to the Quebec public, in 1985.

Time required for its creation: a few minutes.

“We spent months and months making an album. When it was finished, I sat down at the piano with (the composer) Sébastien Santa Maria, we didn't know what to do, we were playing, we were happy and we composed it in five minutes. I called Luc to tell him that we had a last one.”

Luc Plamondon replied to the most sacred.

“He came to listen to her. He said to me: do you remember we had a nightclub that we loved in Montreal called Nuit Magique? We spent entire nights there, leaving at 3 or 4 in the morning. I said what a great idea, we're going to call it Magic Night.”

“We were in Switzerland, continues the singer. The two of us went for a drive. We went up to some kind of rotten hotel, horrible place. We sat on the edge of the bed, I sang the song to him and he wrote the text… oh… it must have taken a quarter of an hour.”

A success had just been created.

Despite this fruitful alliance with our greatest lyricist and even if meetings with Édith Butler, Mario Pelchat, Ginette Reno, Céline Dion and Diane Dufresne, to name a few, enriched her professional career, Catherine Lara did not come to Quebec to sing very often.

His last appearance on one of our stages, according to our research, dates back to his participation in the show The return of our idols, in 2011, an event that brought together glories of the past on the stage of the now unused Colosseum. de Québec.

Catherine Lara during her participation in the show Le retour de nos idoles, at the Colisée de Québec, in 2011.

On TV, it's more recent. We saw her, last March, surprise her friend Édith Butler during the special Francophonie program of En direct de l’univers. She met producer Paul Dupont-Hébert there, who suggested that she come and present three concerts, in Sherbrooke, Montreal and Quebec.

She is therefore preparing to take the plane and will be there with his “little violin”, two grand pianos and his hits. Something simple, she says, out of a desire for privacy and not for the sake of saving money.

“I've done concerts with 90 musicians, symphony orchestras, I I went to the Palais des Sports two years ago with 500 singers and there, finally, I have the impression of going back to basics. last chance to see her on stage? “Oh, I never intend to stop. Maybe I'll die on stage one day. Like my friend Édith, we always have 20 years in common.”

***Catherine Lara will sing at the Center culturel de l'Université de Sherbrooke, on October 27, at Place des Arts in Montreal on October 29, and at the Palais Montcalm in Quebec City on October 30.