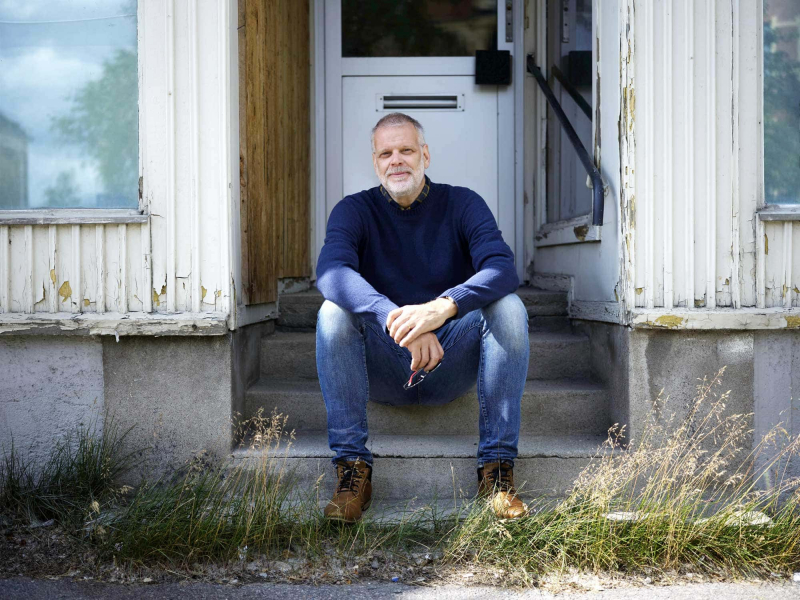 Successful writer and screenwriter (we owe him the famous series The Bridge, broadcast in more than 170 countries ), Hans Rosenfeldt kicks off a new series based in Haparanda, northern Sweden, with his novel Summer of the Wolves. This magnificent, confusing and disturbing suspense stars the investigator Hannah Wester, a middle-aged woman who will see all the colors. Welcome to northern Sweden, a place that seems both beautiful and dangerous…and will soon be the focus of a new TV series.

One summer, the bodies of two wolves are found by a hiker in the small Swedish town of Haparanda, on the border with Finland. At first glance, their deaths seem natural, but a sordid discovery awaits the police: the animals ingested human remains and died.

This extraordinary news story will shake up the peaceful life of the inhabitants of this small town in northern Sweden, which has seen better days. The investigator in charge, Hannah Wester, will have to rub shoulders with the worst criminals to elucidate this affair.

Spectacular, imaginative writer, very skilful storyteller, Hans Rosenfeldt immersed himself in the wild atmosphere of the north of Sweden to write this novel which he wrote solo, deviating from his habit of writing in duet with film producer Michael Hjorth.

Summer of the Wolves, in the original Swedish version, is titled Vargasommar.

“In Swedish it's a pun, because we have an expression to describe very harsh winters, which only happen once every 20 years. But we don't have that in the summer. It means in a way “a summer of wolves” – the worst summer possible”, he explains in an interview.

The writing adventure required him 14 months of intensive work so that he had planned six.

“I had an opening scene in mind, where someone finds human remains in the stomach of a dead wolf. Then I wondered how this could have happened, and how all this would be elucidated. I also knew that I was going to frame the novel in Haparanda, in northern Sweden. I went from there. »

A nightmare. Is the Haparanda area populated by wolves?

“We have wolves in Sweden, but it's not a big population – maybe 300 individuals. They walk from north to south, almost everywhere. They are seen more frequently in the north, but there are even occasional ones around Stockholm. You have very little chance of seeing one while hiking in the woods.

Haparanda, small town in northern Sweden, has known very tense days due to its strategic location on the border with Finland.

“I gave a talk there ten years ago. It really is a very beautiful place. During the war, it was a crucial place, because it was the only city that had a connection with the East. What I like about Haparanda is that it was a very important commercial site at one time and today there is not much going on there and people are tearing it up.

“This is only the second book published in Sweden about Haparanda and we are going to make it into a TV series. Haparanda will finally be put on the map!hasn't been done yet, but the director has been cast.

The show's newest investigator, Hannah, is a middle-aged woman on a thrilling adventure.

“What I love most about her is portraying an ordinary woman, with ordinary problems, doing her normal job and ending up with an extraordinary case. I wanted to keep it interesting throughout the book. She's kinda inspired by my wife.”

< li dir="auto">We owe him the famous series Bron (The Bridge) which has won numerous prestigious awards and is broadcast in more than 170 countries.

“ She led the preliminary investigation in a poaching case involving wolves . A German hiker had called last Wednesday in all his states to explain in broken English that he had found a dead wolf. After a moment of misunderstanding, they had finally obtained a location. Once there, it turned out that it was not just one wolf, but two. A female and a baby. No apparent injuries, but that the two died of natural causes within a mile of each other seemed unlikely.