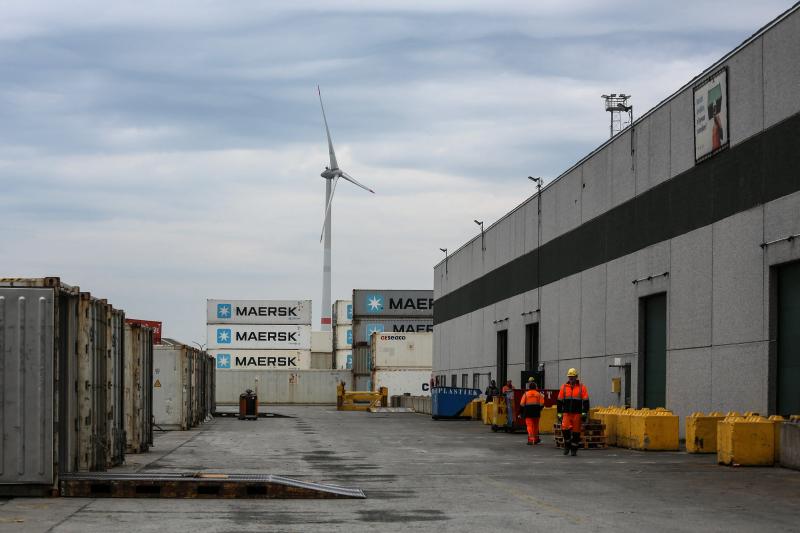 Fifty-five Filipino and Bangladeshi workers were discovered in a situation of modern slavery on a construction site in the port of Antwerp, in Belgium, announced Tuesday the parquet floor of this Flemish city, which has opened an investigation.

The investigation was entrusted to the Labor Auditor, a section of the prosecution specializing in offenses committed in the context of work, which confirmed that “55 potential victims” had “come forward” and must now be questioned. /p>

Such a number of people exploited in a single workplace is unprecedented in Belgium, according to the Payoke centre, an association specializing in the reception of victims of human trafficking.

These men worked as welders and pipe installers “on a quay in the port of Antwerp”, said a spokesperson for the Auditorat, without specifying the name of the company concerned.

< p>According to several local media, they were placed under the authority of a company specializing in industrial piping which acts as a subcontractor on a construction site of the firm manufacturing Borealis chemical products in Beveren, near Antwerp.

These 55 workers are mostly Filipinos and the alert was first given a fortnight ago via the Philippine consulate in Antwerp to which some of them had complained about their situation, explained the director of the Payoke center contacted by AFP.

“They received two to four euros per hour of work, around of 600 euros per month. It is clear that they were in a very precarious situation,” said Klaus Vanhoutte, who runs one of three Belgian reception centers in Antwerp for these victims of modern slavery.

According to him, the network that exploits these Asian workers circulates them in several European countries, with “work permits issued in Hungary and Poland”.

“Some had already worked in Germany and a group s was preparing to leave for Greece,” added Mr. Vanhoutte.

“This case is only the tip of the iceberg,” commented Justice Minister Vincent Van Quickenborne, quoted by the Belga news agency.

The Minister mentioned a figure from the Global Slavery Index -given each year by the NGO Walk Free Foundation- , according to which there are in Belgium “23,000 victims of exploitation or modern slavery”.

To combat this scourge, the Belgian government announced on Monday the opening of the website www.stoptraite .be, which presents itself as a single point of contact allowing victims to find help in different situations (sexual exploitation, work, forced criminality, organ harvesting, etc.).