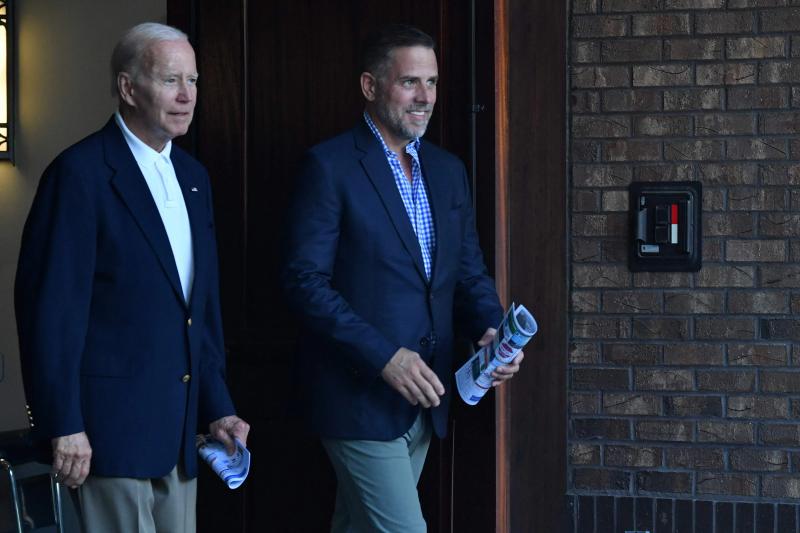 Agents investigating the cases of Hunter Biden, the son of the current US president, have gathered evidence of tax evasion and it is now up to a prosecutor to decide whether to indict him, the Washington Post reported Thursday.

Federal investigations were opened in 2018 into the work, particularly abroad, of the youngest son of Joe Biden, a 52-year-old lawyer and lobbyist with a tumultuous career, the daily recalls.< /p>

The agents have estimated for months that they have enough elements to prosecute him for tax evasion, adds the newspaper, which relies on anonymous sources familiar with the matter. They also established that he lied when buying a gun in 2018, according to these sources.

The federal prosecutor in the state of Delaware, the home of Joe Biden and of his family, must now decide if he thinks these elements are sufficient to secure a conviction at trial.

This prosecutor, David Weiss, was appointed by former Republican President Donald Trump , who has made Hunter Biden one of his favorite targets.

The escapades of Joe Biden's son, who has long battled drug and alcohol addictions, have regularly hit the headlines and he has often been considered a potential handicap for his father's political career.

Before the 2020 election, Donald Trump and his supporters strongly criticized him for having accepted a mandate as a director of the Ukrainian gas group Burisma in 2014, when Joe Biden was vice-president and invested in the file Ukrainian.

The pressure exerted by Donald Trump on President Volodymyr Zelensky to open an investigation into this matter had earned him a first impeachment trial in 2020.

Interrogated by The Washington Post, Hunter Biden's lawyer denounced the sources who spoke to the daily. Breaking the secrecy of the investigation is “a criminal offence,” Mr. Chris Clark said.

“Prosecutors must not only weigh the evidence provided by officers, but also other witnesses, including those of the defense,” he added. “They should not be pressured or criticized for their work.”