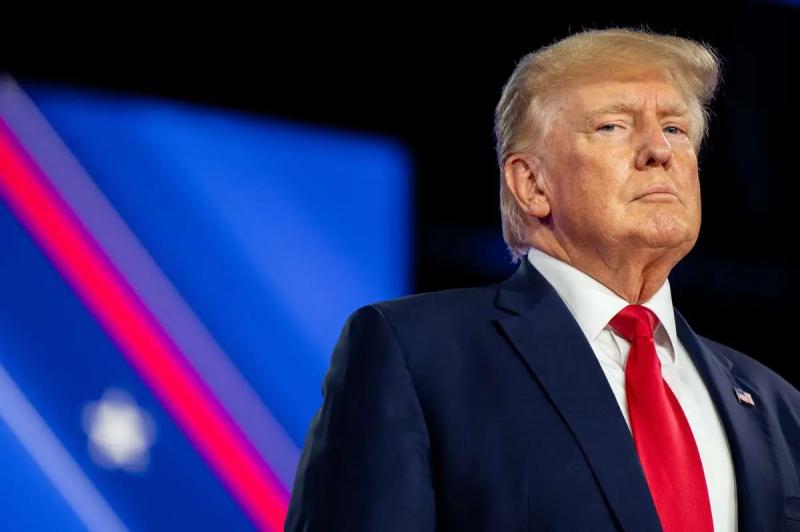 The New York State Attorney General on Wednesday announced civil lawsuits against former President Donald Trump, whom she accuses of manipulating the value of his assets for fraudulent purposes.

The Republican billionaire is also cited in several criminal and parliamentary investigations, without being charged.

Here is the point on his troubles with justice:

New York State Chief Justice Democrat Letitia James has filed a civil lawsuit against Donald Trump, his children and his group, the Trump Organization, after a three-year investigation into their financial practices.&nbsp ;

She accuses them of having “deliberately” manipulated the valuations of the assets of the group – which includes golf clubs, luxury hotels and other properties – to obtain more advantageous loans from banks or to reduce taxes.

She is seeking $250 million in damages on behalf of the state, as well as bans on running companies for the ex-president and his relatives.

The Manhattan prosecutor is investigating on his side on the criminal aspect of this case, opened after the revelations made by a former Donald Trump lawyer, Michael Cohen, during a hearing in Congress.

Leaving the White House, Donald Trump took entire boxes of documents. However, a 1978 law obliges all American presidents to transmit all of their emails, letters and other working documents to the National Archives.

In January, he handed over fifteen boxes to the National Archives. After examining them, the federal police estimated that he probably kept others in his luxurious residence in Mar-a-Lago. FBI agents went there for the first time in June and became convinced that not all the documents had been given to them.

On August 8, they carried out a spectacular search in Mar- a-Lago on a warrant for “withholding classified documents” and “obstructing a federal investigation,” and seized about 30 other boxes.

< p>Again, Donald Trump says he is “persecuted” politically and ensures that the documents seized are personal or declassified. He obtained the appointment of an independent expert to review them to determine their nature, which slows down the procedure.

The assault on the Capitol

Federal justice has opened a sprawling investigation after the assault led on January 6, 2021 by supporters of Donald Trump against the seat of Congress, when elected officials certified the victory of his rival Joe Biden in the presidential election.< /p>

Since then, more than 870 people have been arrested and around 100 sentenced to prison terms. Do prosecutors plan to go all the way to White House officials, or even the president?

That's the dilemma facing Merrick Garland, the Attorney General's appointee by Joe Biden, who has authority over the prosecution. Known for being methodical and careful, he doesn't rule anything out. “Everyone who is criminally responsible for efforts to nullify the election will have to answer for their actions,” he said.

In parallel, a parliamentary commission has been investigating for more than a year the role of the former president in the assault. During several hearings, she showed that he had put a lot of pressure on electoral officials after the 2020 election.

Elected officials also felt that the former president had, at a minimum, ” failed in his duty as Commander-in-Chief” by not intervening for several hours on the day of the coup.

The commission, whose work has been widely publicized, is expected to deliver a preliminary report in October, in which it may recommend taking legal action against the Republican, but the last word will go to Merrick Garland.

A Georgia state attorney has been investigating since 2021 “attempts to influence election operations” in this rather conservative southern state, but won by Joe Biden. The investigation continues in 2022.

In a telephone call, the recording of which was later made public, Donald Trump had asked Brad Raffensperger, a senior Georgia official, to “find” nearly 12,000 ballots in his name, enough to reverse the results in this state.

Fani Willis, prosecutor for the county of Fulton, which includes Atlanta, appointed a grand jury to determine if there were enough elements to indict him in this context. She has already managed to collect testimonies from personalities in the real estate mogul's inner circle, including his ex-personal lawyer Rudy Giuliani.