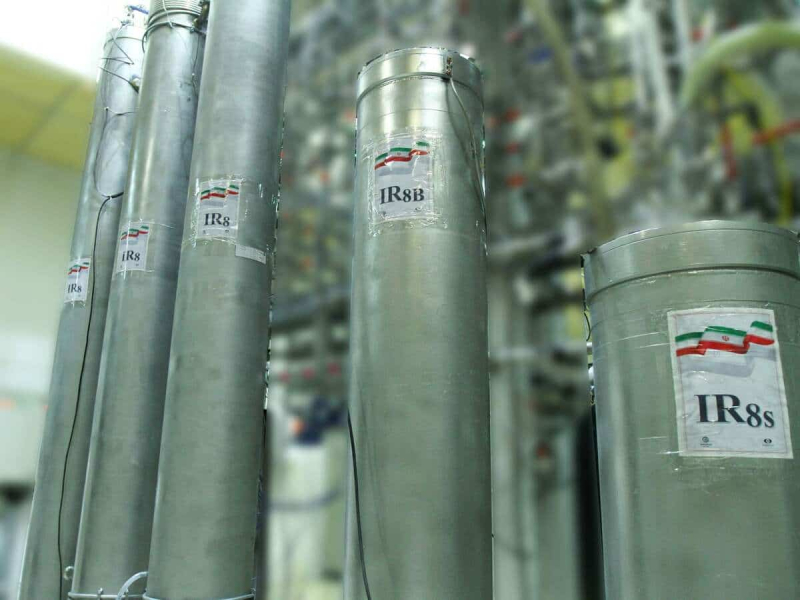 Iran has started producing 60% enriched uranium at its Fordo plant, a new departure from its commitments after a critical resolution adopted at the International Atomic Energy Agency (IAEA).

This 60% threshold is well above the 3.67% threshold set by the 2015 agreement between Tehran and the major powers aimed at preventing Iran from acquire nuclear weapons.

Iran had agreed to freeze its enrichment activities at Fordo, an underground plant located 180 kilometers south of Tehran. The site had however been brought back into service in 2019 and recently modified with a view to obtaining better efficiency.

“The production of 60% enriched uranium at Fordo began on Monday,” the head of the Iranian Atomic Energy Organization (AEIO), Mohammad Eslami, quoted by the Isna news agency.

“We said that political pressure does not change anything and that the adoption of a resolution (at the IAEA) will provoke a serious reaction” from Iran, he added.

The IAEA has confirmed this new activity to Fordo and “will inform Iran of its intention to increase the frequency and intensity of its verification activities”, said its director general Rafael Grossi in a statement forwarded to AFP.

“Iran also plans a significant expansion of the production of low-enriched uranium” up to 20% “in Fordo”, added the UN body, and installed “a second production building” in Natanz.

The 2015 pact (JCPOA) offered Iran relief from international sanctions in exchange for guarantees that Tehran would not adopt atomic weapons, an objective that the Islamic Republic has always denied pursuing.

However, after the United States withdrew from the JCPOA in 2018 and the reinstatement of US sanctions that stifle its economy, Tehran gradually freed itself from its obligations.

On Sunday, Iran announced that it had taken retaliatory measures against the IAEA following a resolution criticizing Tehran's lack of cooperation, presented by the United States and three European countries (the United Kingdom, France and Germany ).

This resolution voted last Thursday by the Agency's Board of Governors is the second this year, after that of June.

The cause of discord at the origin of the two resolutions is the same: the absence of “technically credible” responses concerning traces of enriched uranium found at three undeclared sites.

This file is one of the main points on which the negotiations started in April 2021 in Vienna to revive the 2015 agreement stumble. Tehran is calling for the IAEA's investigation to be closed in order to reach a compromise.

In a joint statement, France, Germany and the United Kingdom condemned the extension which “empties” the 2015 Iranian nuclear agreement “of its content”.

The Iran had announced on Sunday that the measures had been implemented the same day “in the presence of IAEA inspectors” at the Natanz and Fordo sites.

“In a second action in response to the resolution, Iran injected gas into two other cascades (centrifuges) IR-2m and IR-4 at the Natanz site,” the Isna news agency reported on Tuesday.

This increase in power also occurs while the IAEA is faced with a clear restriction of its inspections.

A resumption of dialogue seems all the more difficult that Iran has been rocked by popular protest since the death on September 16 of a 22-year-old young woman, Mahsa Amini, who died after being arrested by the morality police.