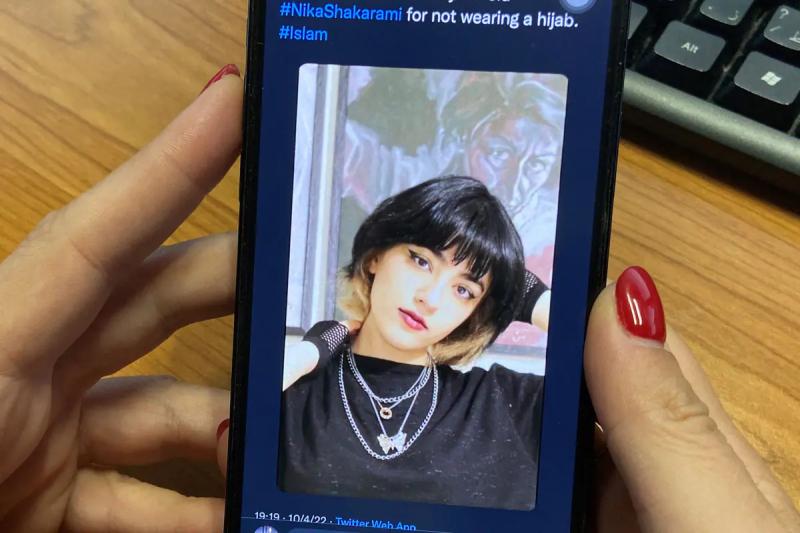 On September 30, Amnesty International claimed that “Sarina Ismaïlzadeh, a 16-year-old girl, died after being severely beaten in the head with a truncheon” on September 23 September during protests in the province of Alborz (north-west).

Iran has been the scene of protests since the September 16 death of Mahsa Amini, a 22-year-old Iranian Kurd, after her arrest in Tehran by vice squad who accused her of breaking Iran's strict dress code requiring especially women to cover their hair in public.

“Media hostile to the Islamic Republic of Iran claimed that Sarina Ismailzadeh, a native of Karaj (capital of Alborz province), was killed by security forces during the rallies,” Mizan Online reported Thursday evening, the site of the Judicial Authority.

But “the first elements of the investigation” showed that the teenager had “committed suicide”, affirmed the prosecutor of Alborz, Hossein Fazeli Harikandi, quoted by Mizan Online.

The teenager “jumped 20 minutes after midnight on September 24” from a “building located not far from her grandmother's house in the Azimieh district”, a- he said.

“According to the forensic report, death was due to the shock caused by the impact of the fall, as well as multiple injuries, fractures and haemorrhages,” said Mr. Harikandi.

According to him , “there were no riots in the area where this incident occurred”.

Mizan Online released a short video of Sarina Ismaïlzadeh's mother on Friday in which the latter assures that her daughter “had nothing to do” with the protests.

On Wednesday, an Iranian court denied any link between the death of another 16-year-old girl, Nika Shakarami, and the protests in Iran.

Nika Shakarami died after participating in protests in Iran according to relatives. In a video released Thursday by Persian-language media based abroad, Nika's mother accused the authorities of killing her daughter.

Dozens of people, mostly protesters, but also members of the security forces, have been killed since September 16 during rallies described as “riots” by the authorities. Hundreds have been arrested.