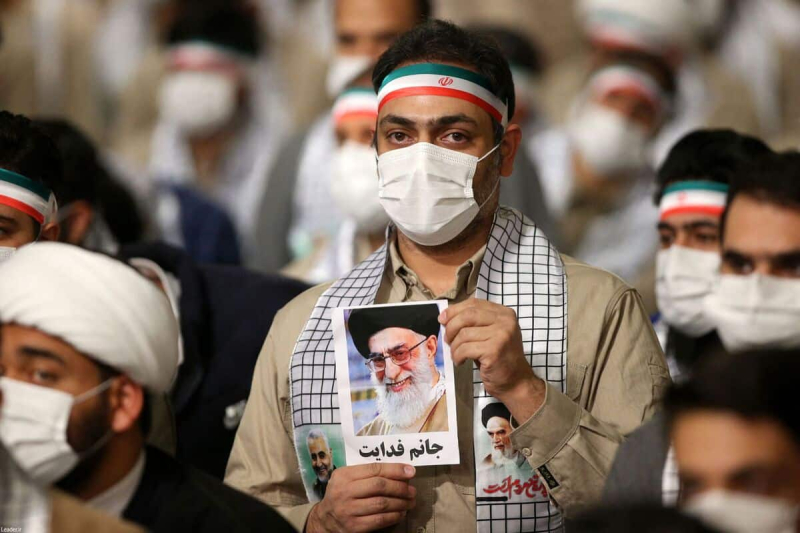 The Supreme Leader of the Islamic Republic of Iran, Ayatollah Ali Khamenei, said on Saturday that negotiating with the United States would not end the unrest that has rocked the country for two months, because Washington will always demand more.

Authorities denounce the demonstrations sparked on September 16 by the death of Mahsa Amini, arrested by the morality police for violating the country's strict dress code, and consider that it is acts of “riots” encouraged by the West, in particular by the United States.

“The problem is not four rioters in the street, even if every rioter, every terrorist must be punished […]. The battlefield is much larger. The main enemy is global arrogance,” Ali Khamenei said referring to the United States and its allies. , broadcast by state television, receiving a delegation of young paramilitaries in Tehran on Saturday, on the occasion of the week of the Bassidji, a militia linked to the Revolutionary Guards, the ideological army of the Islamic Republic.

“Some people tell us in the newspapers or on the internet that all you need to do to put an end to the unrest, which started a few weeks ago, is to solve your problem with America and listen to the voice of the nation,” he said. he launched.

“How do we solve the problem with America? Will the problem be solved by sitting down, negotiating and getting a commitment from America?” he wondered.

“No. Bargaining won't solve anything. Our problem with America can only be solved by accepting to be held to ransom by this country,” he said.

According to Ali Khamenei, the United States demands, in order to end hostilities, that Iran abandon its nuclear program, change the Constitution, confine its influence within its borders and close its defense industries. “No Iranian can accept such conditions,” he stressed.

He also attacked those who say we must “listen to the voice of the nation” . “The enormous voice of the nation resounded on November 4 (in pro-government demonstrations), or at the funeral of (General Qassem) Soleimani (assassinated in January 2020). This huge crowd was the voice of the Iranian nation,” he insisted. visited a unit of these forces in Tehran, said the Tasnim agency.

“You had a brilliant performance in the fight against the rioters”, declared Mr. Raisi in front of the members of this unit.