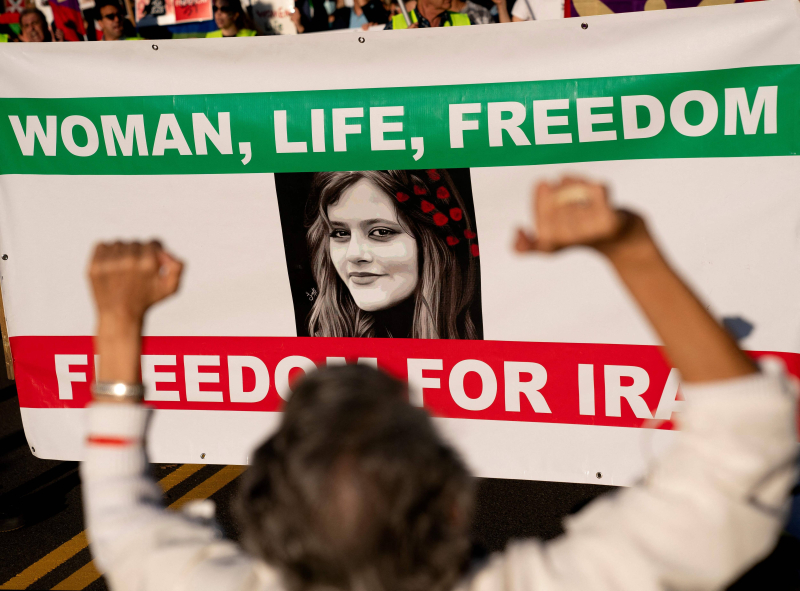 Iran on Thursday executed for the first time a man sentenced to death for his involvement in the protest movement, sparking outcry abroad and warnings from NGOs of further hangings imminent.

The Islamic Republic of Iran is the scene of protests sparked by the September 16 death of Mahsa Amini, a 22-year-old Iranian Kurd who died three days after her arrest by the morality police. She accused him of having violated the strict dress code requiring women to wear the veil in public in particular.

Mohsen Shekari, 23, was found guilty and sentenced to death for blocking a street and injuring a paramilitary at the start of the protests, following legal proceedings denounced as a show trial by rights groups human beings.

Others face imminent execution after being sentenced to hang in connection with the protests, these groups have warned.

“Mohsen Shekari, a rioter who blocked Sattar Khan Boulevard on September 25 and stabbed a Bassij with a machete, has been executed in Tehran,” announced Mizan Online, a judicial authority organ.

The Bassidji militia is linked to the Revolutionary Guards, Iran's ideological army.

The NGO Amnesty International said it was “horrified” by the execution and denounced a “simulacrum unfair trial”. “His execution exposes the inhumanity of Iran's so-called justice system as dozens of others face the same fate. »

Mahmood Amiry-Moghaddam, director of the Oslo-based group Iran Human Rights (IHR), called for a strong international response or “we will face mass executions of protesters”. “Mohsen Shekari was executed after a hasty trial without a lawyer.

The execution also sparked outrage from Western countries and the UN.

The United States denounced a “sinister escalation” and claimed that the Iranian power would have to account.

Berlin said that “the Iranian regime's contempt for humanity knows no bounds”. A source close to the German Foreign Ministry said on Thursday that the Iranian ambassador to Berlin had been summoned.

No other details have leaked out about this summons to the German ministry.

London said it was “scandalized” and Rome judged that the “unacceptable repression on the part of the Iranian authorities cannot leave the international community indifferent”.

The Office of the United Nations High Commissioner for Human Rights has ruled that the death penalty is “incompatible with human rights”.

The online media 1500tasvir published images of what he said was when the Shekari family heard the news of the execution outside their house in Tehran. They show a woman writhing in pain and repeatedly shouting “Mohsen! »

The Iranian was found guilty of having drawn “his weapon with the intention of killing” and “causing terror”, according to the judicial authority.

The Iranian agency Fars, close to the authorities, released a video of Mohsen Shekari discussing the attack while in custody. “Forced confessions”, denounced the IHR.

An Iranian judiciary on Tuesday sentenced five people to death for killing a paramilitary during the protests, bringing the number of protest-related death sentences to eleven. riots” encouraged mainly by the United States, its sworn enemy.

The repression of the movement has left at least 458 dead since September 16, according to the latest report from the IHR.

< p>Iran executes more convicts than any other country except China, according to Amnesty International. More than 500 people were executed there in 2022, according to the IHR.

Free speech group Article 19 called for urgent action “because the lives of other death row inmates is in imminent danger”.

Twittering ex-Iranian soccer star Ali Karimi warned: “If we remain silent today, tomorrow we will use the hashtag Do Not Execute for the other children of Iran”.