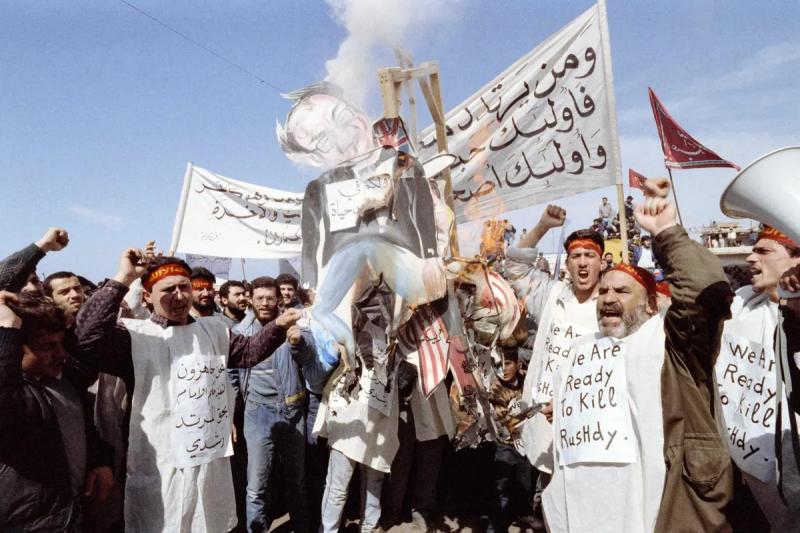 Iran's main ultra-conservative daily, Kayhan, on Saturday congratulated the man who stabbed the world-famous British writer Salman Rushdie, author of “Satanic Verses”, the previous day in the United States, a target for more than 30 years of a fatwa from Iran.

“Bravo to this courageous and duty-conscious man who attacked the apostate and vicious Salman Rushdie,” writes the newspaper , whose boss is appointed by Iran's Supreme Leader Ayatollah Ali Khamenei.

“Kiss the hand of the one who tore the neck of the enemy of God with a knife,” the text continues .

Mr. Rushdie was assaulted in the neck and abdomen while standing on the stage of an amphitheater at a cultural center in Chautauqua, in upstate New York. According to his agent, he was placed on an artificial respirator and could lose an eye.

The Iranian government has not yet officially commented on the assassination attempt on the 75-year-old intellectual.< /p>

Toeing the official line, all of Iran's media have called Mr. Rushdie an “apostate”, except for the reformist Etemad.

The daily Iran, a state-run newspaper, estimated that “the neck of the devil” had been “stricken with a razor”.

“I will not shed tears for a writer who denounces with infinite hatred and contempt Muslims and Islam”, has writes in a tweet Mohammad Marandi, adviser to the team of negotiators on the nuclear file.

“Rushdie is a pawn of empire who poses as a postcolonial novelist”, he added.< /p>

“Isn't it strange that, as we approach a potential nuclear deal, the United States is claiming that an attack on Bolton (former National Security Adviser to the House -Blanche) was planned… and that it happens afterwards”, he wonders.

Salman Rushdie had set part of the Muslim world ablaze with the publication in September 1988 of the “Satanic Verses », led nt the founder of the Islamic Republic, Ayatollah Rouhollah Khomeini to issue a “fatwa” in 1989 calling for his assassination.