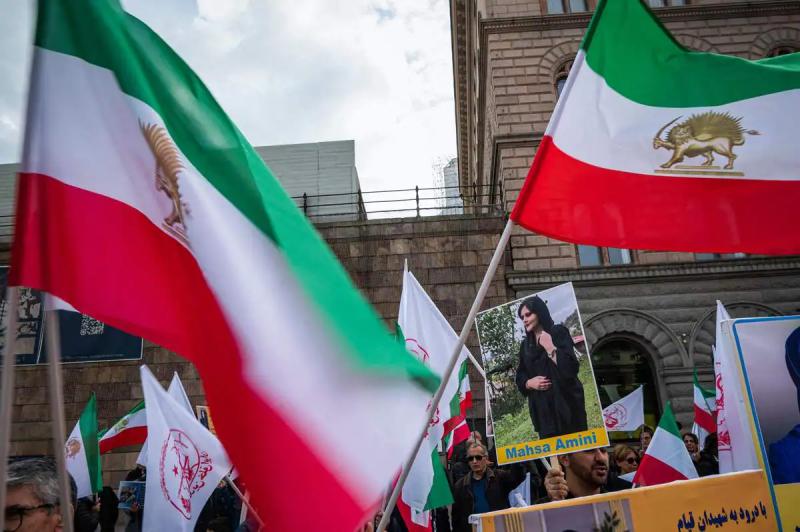 President Ebrahim Raisi has called on law enforcement to act “firmly” against protesters in Iran after nine days of protests over the death of a young woman in the custody of vice police, in which more than 40 people died.

Abroad, demonstrations supporting the movement in Iran took place in several countries on Saturday: in Canada, the United States, Chile, France, Belgium, the Netherlands and Iraq, a neighboring country. Iran.

The protests were sparked on September 16, the day Mahsa Amini died, three days after she was arrested in Tehran for “wearing inappropriate clothes” and failing to adhere to the strict dress code for women in the Islamic Republic of Iran.

They are the most important since the protests of November 2019, caused by the rise in gasoline prices, in the midst of the economic crisis, which had affected a hundred cities in Iran and were severely repressed (230 dead according to an official report, more 300 according to Amnesty International).

Authorities deny any involvement in the death of Mahsa Amini, 22, from the Kurdistan region (north-west). But since September 16, angry Iranians have been taking to the streets after dark to demonstrate.

According to the non-detailed official report including demonstrators and police, 41 people were killed. But the toll could be higher, with the Oslo-based NGO Iran Human Rights (IHR) reporting at least 54 protesters killed in the crackdown.

Calling the protests “a riots”, Mr. Raïssi, an ultra-conservative, called on Saturday “the authorities concerned to act firmly against those who undermine the security and peace of the country and the people”.

In a statement, he stressed “the need to distinguish between protest and disruption of public order and safety”.

Iran's Foreign Ministry blamed the United States, Iran's sworn enemy, for the unrest and warned that “efforts to violate Iran's sovereignty will not go unanswered.”

Interior Minister Ahmad Vahidi, quoted by the official IRNA agency, told him that he expected “the judiciary to quickly prosecute the main perpetrators and leaders of these riots”, after the announcement by the police of the more than 700 arrested.

According to the US-based Committee to Protect Journalists (CPJ), 17 journalists have been arrested in Iran since September 19.

Like last Friday, a demonstration in favor of the government is planned for Sunday afternoon in Tehran, at the call of the authorities.

Saturday evening, demonstrations again affected several cities in Iran, including including the capital Tehran where a viral video showed a woman walking with her head uncovered and waving her veil in the middle of the street, defying strict rules of dress.

In Iran, women must cover their hair and the body to below the knees and should not wear tight pants or jeans with holes, etc.

Viral footage of the protests showed Iranian women burning their headscarves. headscarves and release those arrested.

Demonstrations are marked by clashes with security forces and police vehicles are set on fire by protesters who chant anti-government slogans, according to media and activists.

For several days, online videos show scenes of violence in Tehran and other major cities like Tabriz (northwest). Some of them show the security forces firing at demonstrators.

Amnesty International accuses the security forces of “deliberately … firing live ammunition at demonstrators”, calling for a “urgent international action to end the repression”.

Internet connections continued to be disrupted on Saturday, with WhatsApp and Instagram blocked. NetBlocks, a London-based site that monitors internet blockages around the world, also reported on Skype.

In a new Instagram post, Iranian director Asghar Farhadi, two-time Oscar winner, urged the people of the world to “stand in solidarity” with protesters in Iran and hailed the “brave women who are leading the protests to demand their rights”.