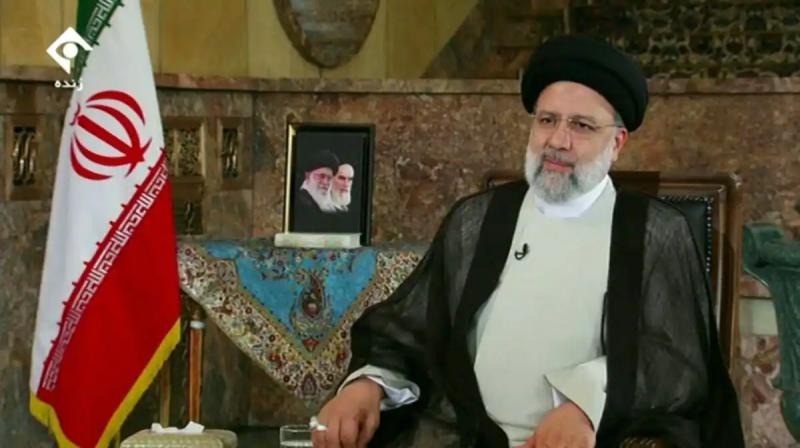 Iranian President Ebrahim Raïsi on Wednesday evening deemed “unacceptable” the “chaos” caused by the wave of demonstrations after the death of the young Iranian Mahsa Amini, arrested by the morality police.

The repression of this protest movement has caused dozens of deaths since mid-September, prompting numerous condemnations abroad.

In an interview with public television, Mr. Raïssi indicated that the important thing in this case for the authorities was “transparency” and that the latter would “soon” present a final report on the causes of the young woman's death. /p>

But he said to differentiate between “protests” and “riots”, and “those who took part in the riots must be dealt with firmly”.

“People's safety is the red line (…) and no one is allowed to break the law and sow chaos” which is “unacceptable”, hammered the president.

“The The enemy has targeted national unity and wants to pit people against each other,” he added, accusing the United States, the sworn enemy of the Islamic Republic, of stirring up protest. /p>

Nightly protests have been held every evening since September 16 in many Iranian cities over the death that day in hospital of Mahsa Amini, arrested three days earlier by vice police in Tehran for breaking a strict dress code. for women in the Islamic Republic of Iran.

“A violent blow to the head”

The authorities deny any involvement in the death of this 22-year-old woman from the Iranian province of Kurdistan. But the family claims the opposite and has filed a complaint against the “authors of his arrest”, said his lawyer, quoted on Wednesday by the Isna news agency.

“We asked the chief prosecutor (…) to carry out a detailed investigation into how the arrest took place until Mahsa was transferred to the hospital”, explained in particular Me Saleh Nikbakht.

According to Erfan Salih Mortezaee, a cousin of Mahsa Amini, met in Iraqi Kurdistan, she died after “a violent blow to the head” given by the morality police on the day of his arrest.

The death of Mahsa Amini has sparked protests in which “about 60 people have been killed” since September 16, according to a latest report given Tuesday by the Iranian news agency Fars. Police said 10 officers were dead, but it is unclear if they were among the 60 dead.

Police warned on Wednesday that they would 'oppose with all their might the conspiracies of counter-revolutionaries' and act 'firmly against those who disturb public order'.

Human rights defenders no one has reported in recent days that the police fired pellets and live ammunition at the demonstrators.

Tehran sees in these demonstrations of “riots” led by “separatist groups” or even “foreign plots”, pointing the finger at the United States.

On Wednesday, Iran carried out strikes against armed Iranian Kurdish opposition groups based in Iraqi Kurdistan, killing at least seven according to Iraqi Kurdish authorities.

According to opposition media based in Iraq Abroad, demonstrations have taken place every evening since September 16 in several cities. But activists said disrupted internet connections were making it increasingly difficult to transmit the footage.

Protesters tore up photos of Supreme Leader Ali Khamenei and Imam Khomeini, the founder of the Islamic Republic, threw rocks at security forces, torched police cars and set fire to public buildings, according to videos.

Authorities have reported the arrest of more than 1,200 protesters since September 16. Activists, lawyers and journalists have also been arrested, according to NGOs.

Women are at the forefront of protests in Iran. They are supported by several events abroad.

Iranian international defender Majid Hosseini posted a message on his Instagram account on Wednesday denouncing the crackdown. Other big names in Iranian football had already taken a stand openly in favor of the challenge.

As several European countries have already done, Spain summoned the Iranian ambassador on Wednesday to protest the crackdown on the protests.

Iranian Foreign Minister Hossein Amir-Abdollahian told Western diplomats recently that the protests are not were “not a big deal” for the stability of the Islamic Republic.

“There is not going to be regime change in Iran,” he added to National Public Radio in New York.

These protests are the largest since those of November 2019, provoked by the rise in petrol prices, which had been severely suppressed – 230 dead according to an official report, more than 300 according to Amnesty International.