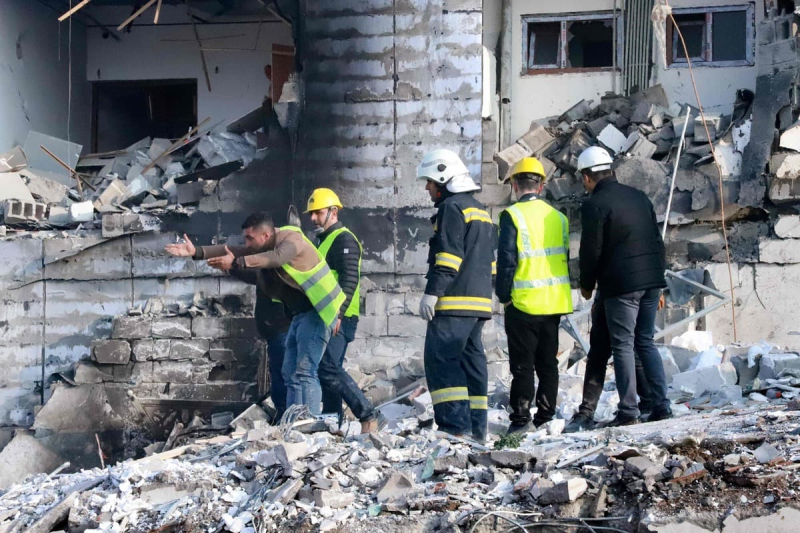 Five people were killed and 40 injured in Iraq in a fire caused by the explosion of a fuel tank in student dormitories, authorities announced on Tuesday, yet another drama illustrating the dilapidated infrastructure and risky safety standards.

After this new accident late Monday evening in the city of Dohuk in Kurdistan (north), the authorities of this autonomous region announced that they would ban the use of liquefied petroleum gas (LPG) tanks for domestic purposes, due to “explosions which occurred in several regions.”

The fire affected a building housing a bakery and student accommodation in Dohuk. Five people were killed and 40 injured, Governor Ali Tater told AFP, adding that a “gas leak” was the cause of the tragedy.

Installed on the roof of the building, the liquefied petroleum gas (LPG) tank fed the bakery oven on the ground floor, he said. “The gas leaked, reaching the rooms of the students, the police arrived to evacuate them, unfortunately at this time an explosion occurred.”

Among the dead are the Deputy Director of Police- relief from Dohuk and two officers from the unit, he said, as well as a student and an employee of the bakery.

This is the second drama of its kind to hit the Iraqi Kurdistan in less than a week. Thursday in Sulaymaniyah, 15 people died in the explosion of a fuel tank which caused the collapse of a building.

In Iraq, safety standards are not respected, whether in the transport or construction sector.

On November 15 and 17, two limited fires broke out at Baghdad International Airport.

At the end of October, at least nine people were killed in the accidental explosion of a tanker carrying gas in Baghdad.