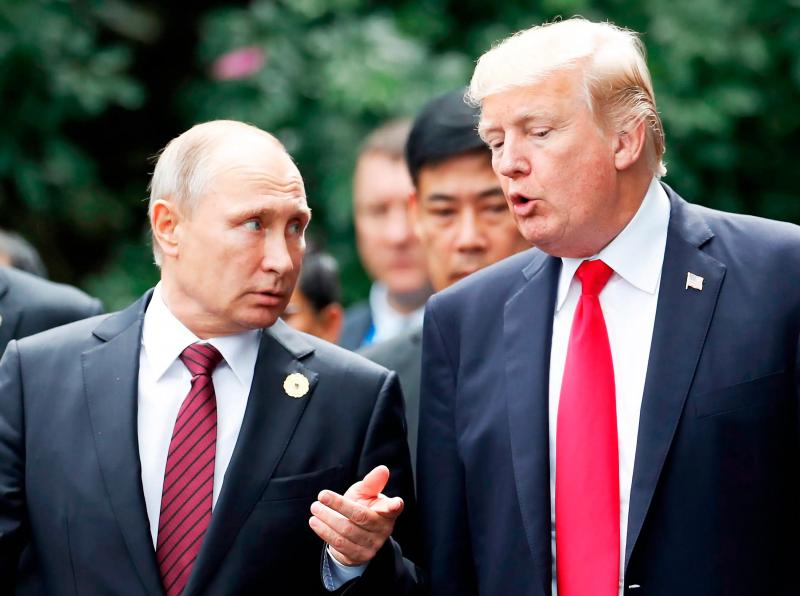 A judge has authorized the FBI to seize top-secret documents, including some related to nuclear weapons, that Trump kept in Mar-a-Lago, Florida.

He is being investigated for multiple violations of the Espionage Act which could result in a 10-year prison sentence for each violation.

Trump is said to have been a Russian 'trump card' for 40 years , told the GuardianYuri Shvets, a former KGB, at the 2021 publication of the book American Kompromat by journalist Craig Unger, of which he was a key source.

It was in 1977, when he married Ivana Zelnickova, a Czech model, that Trump would have become the target of the Czechoslovak secret services and the KGB. Shvets says the profile the Russians have made of Trump shows him as intellectually weak, psychologically fragile and very vulnerable to flattery.

In 1987, when Trump and Ivana traveled to Russia, interlocutors linked to the KGB flattered him that he should go into politics. Upon his return to the United States, he began to explore a race for the Republican presidential nomination.

He also published a full page in the New York Times, the Washington Postand the Boston Globeexpressing in particular his skepticism about the participation of the United States in NATO. According to Shvets, the ad was celebrated as a successful “active measure” by the KGB.

Putin to the rescue of Trump

In 2016, Moscow was actively engaged in clandestine activities to help Trump become president. US intelligence released a report that claimed that Putin himself ordered the operation. The Trump team reportedly had at least 272 contacts and at least 38 meetings with individuals linked to Russia.

When he greets Russian Foreign Minister Sergei Lavrov and Russian Ambassador Sergei Kislyak in the Oval Office in 2017, Trump stupidly reveals to them top secret information obtained from Israel.

According to CNN sources, this indiscretion puts the life of a CIA spy in jeopardy who had access to Putin and could even provide images of documents on his desk. The CIA will succeed in extracting him from Russia, depriving the United States of one of its main sources of information on the inner workings of the Kremlin.

The US intelligence community has long viewed Trump as a significant threat to national security. His chief of staff, John Kelly, has tried to limit access to Mar-a-Lago from visitors with ties to foreign governments. Trump refused to cooperate.

Why did Trump hoard all these secret documents if not to monetize them by selling them to the Russians or others? So, did Trump keep the Emmanuel Macron document secret in order to extort him?

What did the FBI sources in Trump's entourage alert him to? Something very serious happened for the Department of Justice and the FBI to finally decide to intervene in Mar-a-Lago.