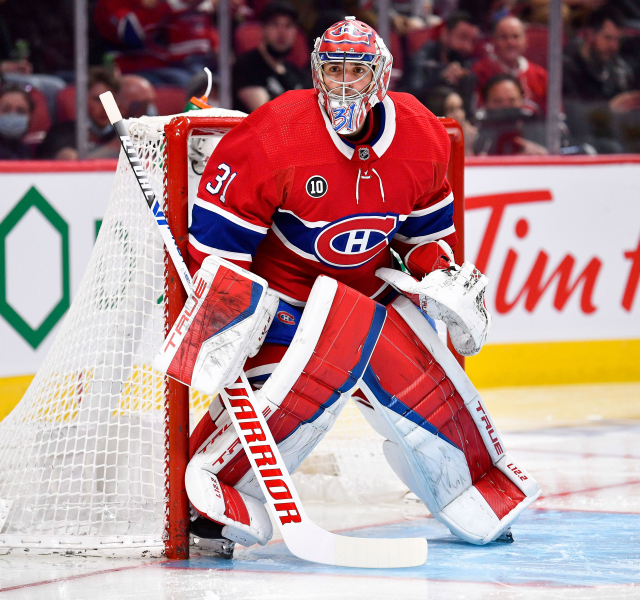 The announcement of Cole Caufield's withdrawal for the rest of the season is another tile that has come down on the Canadian. Since the start of the campaign, the Habs' infirmary has seemed busier than the emergency room at Maisonneuve-Rosemont Hospital.

Including Carey Price and Paul Byron, who don't have played no games, the Habs currently have 12 injured players. Besides the Vegas Golden Knights, who are deprived of 10 players, no other team has more than seven players on the sidelines.

How can such a carnage be explained? Especially since this is not the first time that the Habs have flirted with the top of this unenviable category.

Last year, according to the site mangameslost.com which compiles the absences of all NHL players, the absenteeism rate for the Canadian was the highest with 731 missed games. The Arizona Coyotes followed with 627.

Obviously, it's not always about injury in the classic sense. The absences of Price and Jonathan Drouin, for mental health reasons, and the cases of COVID in recent years, are not evils that arise in the heat of the moment.

Nevertheless, that the Canadian ranks among the worst in this ranking year after year has something to raise question marks. To what extent the Habs' medical team can be blamed for these recurring problems!

The jobs of the members of this medical staff, headed by Graham Ryndbend, the sports therapist in chief, could they be threatened?

Questions which, apparently, have now reached the management of the team. During his mid-season review, Kent Hughes seemed a bit tickled when asked about it.

“We will continue to assess the situation at the end of the season. It's really surprising the number of injuries we have, “said the general manager of the Canadian.

Beyond injuries, a normal situation in a sport like hockey, it is the management of these that seems to be lacking. Who doesn't remember the saga surrounding Shea Weber's injury?

Victim of a broken left foot, the result of a blocked shot, in the first game of the 2017-2018 campaign, he endured the pain until mid-December (missing games on occasion) before forfeiting the remainder of the season.

The operation undergone in March 2018 then required a consultation to assess the condition of his right knee. Knee which finally had to be operated on in July of that same year, keeping the captain on the sidelines for two months and very possibly mortgaging the rest of his career.

Byron also paid dearly for his stubbornness in wanting to continue playing despite injuries. Two hip surgeries have greatly harmed his future.

Which makes you realize that, yes, the players also have their share of blame on occasion.

“Sometimes we have players who want to come back to the game, who want to push the limits. With them, we have to do a better job of protecting them from themselves,” Hughes said.

True, but do they have all the information they need to make the right decisions?

We can ask ourselves serious questions about issues that are much closer to us in time. Starting with last year.

On the first day of training camp, we learn that Joel Edmundson is suffering from an upper body injury and that his condition will be reassessed daily. Finally, injured in the back, the defender will miss the first 57 games of the season.

Injured in the right wrist, he misses a month of activity between mid-November and mid-December.

Despite this injury, he played 20 of the next 21 games before coming to terms. The pain is too intense. He has to undergo an operation which makes him miss the rest of the season.

Keeping the net in relief of Jake Allen, first injured in the lower body, then in the groin (was it the same injury?) Samuel Montembeault has several difficult outings. We feel hesitating in front of his net. First believing in a weakened confidence, we will eventually learn that he played despite an injury to a right wrist for three months. In May, he underwent an operation.

Injured lower body in mid -December, he attempts a quick return to play. On January 12, he was injured again. He will miss the next 25 matches.

On January 12, in Boston, he suffered a right ankle injury while blocking a shot. He played seven more games despite this injury before being retired. He will miss seven weeks of activity.

On October 13, the Canadiens placed Matheson's name on the injured list for eight weeks. Five weeks later, or three before the schedule initially planned, he returned to the game. This return lasted only nine games. He leaves on the sidelines for five weeks. In that time, he attempts a comeback. Only one match in which he played more than 22 minutes.

Not wanting to miss his return to Calgary, he continued to play despite a broken right foot. By removing him from training immediately, the Canadian would have avoided a lot of trouble in this case. His absence would have been minimal. Possibly two weeks. However, earlier this week, the organization placed his name on the long-term injured list, retroactive to December 6, the day after his last game, almost seven weeks ago. During the last workout, he spent the first 10 minutes stretching his hips and groin, a sign that his body has compensated for his initial injury.

We understand that his pain tolerance threshold is high and that he would want to play even if he had to have both legs amputated. At the beginning of December, the Canadian announced that Gallagher, injured in the lower body (we know that it is in an ankle) will miss at least two weeks of activity. The Albertan returns to the game a month later. After three games, the same injury forced him to forfeit again.

He suffered a broken bone to the coasts, November 5, against the Golden Knights. He played the next three games. He has been sidelined since January 12. And everything indicates that it could be a similar problem.