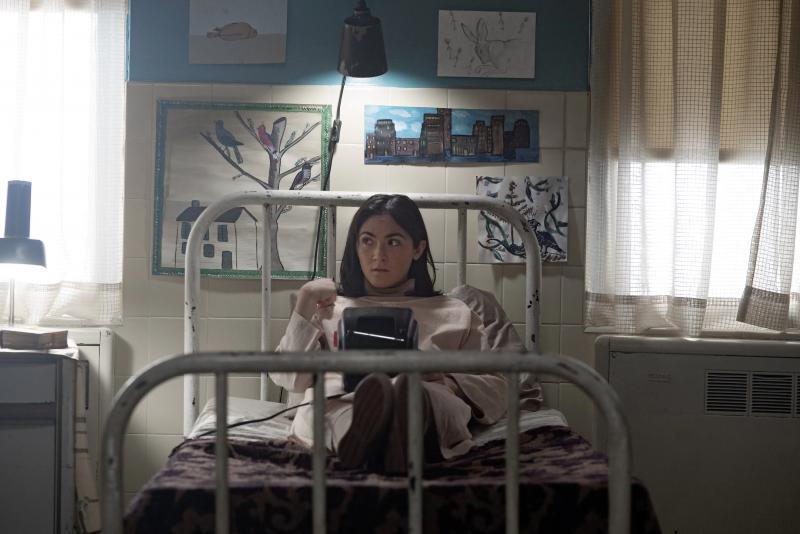 Few people can boast of being declared a horror icon at just 12 years old. But this is the case of Isabelle Fuhrman. And today she revisits the role that earned her this title with The Orphan: The Origins of Evil. “I have the like meeting an old friend,” she says.

Horror cinema conceals these stories featuring problematic, violent, homicidal children or children possessed by dark forces. We therefore did not expect that The Orphan, in 2009, would revolutionize the already saturated genre. We were wrong.

Because Jaume Collet-Serra's feature film took horror fans by surprise by overturning codes and expectations. It is indeed in her climax that we learn that the young Esther, adopted by a wealthy family suddenly victim of violent events, is in fact an adult woman claiming to be a little girl.

It was this role that propelled the career of Isabelle Fuhrman, alias Esther, when she was only 12 year. And after 13 years, she offers herself a return to this universe with The Orphan: The Origins of Evil, an ante-episode (or prequel, in cinematographic jargon) available on video on demand since yesterday.

“prequels, reboots, remakes, sequels. .. there have been tons of them for a few years. But we, I really have the impression that we managed to have a different and refreshing approach, ”says Isabelle Furhman.

It is also difficult to recognize the actress in videoconference without her traditional getup of Esther, as the contrast is strong. Because it is a smiling, blonde and particularly affable woman who spoke to Le Journal earlier this month.

The remark makes her elsewhere laugh heartily. Because she knows very well that the character has stuck with her all this time.

“It's very funny to say, but I feel like this character made me a better person!” she laughs. When people met me for the very first time, they were so nervous and terrified so I had to smile and be nice to show how different I was from Esther.”

But the actress has aged well and truly. It is therefore thanks to herculean work of forced perspectives, well-calculated camerawork, stunt doubles and make-up that Isabelle Fuhrman once again slips into Esther's skin.

This this time, we revisit the events preceding those of the first film, lifting the veil on the past of this character. We thus witness her escape from an Estonian mental institution until her arrival in the United States, under her new identity.

“Now that it has already been established that Esther is a adult, you can go in a whole new direction and surprise people in a different way. And that's very exciting, both for me and for the fans,” says Isabelle Fuhrman.

The Orphan: The Origins of Evil is available on video on demand.