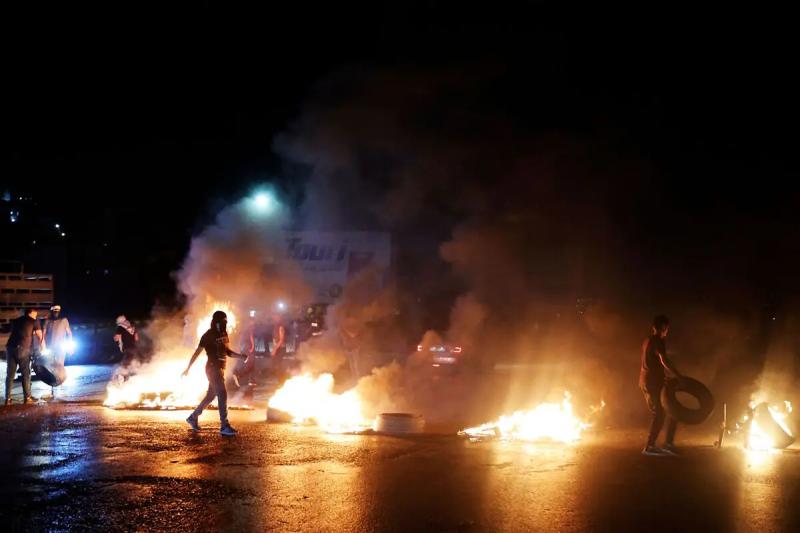 *SOME IMAGES MAY SHOCK*

The Palestinian armed group Islamic Jihad announced on Sunday that it had agreed to a truce agreement with Israel, after the death of 43 Palestinians, including children in Israeli air raids on the Gaza Strip in three days of hostilities.

Egypt, behind a mediation between the two protagonists, called a truce from 11 p.m. local time (20 30 GMT), according to an Egyptian security source.

Islamic Jihad confirmed that it would “cease hostilities” from that time, but that it reserved “the right to respond to any (further) aggression” from Israel.

Israel has not publicly reacted to the agreement, but the Egyptian mediator claimed earlier to have obtained the green light from the Israeli authorities for a cessation of hostilities.

“A short time ago, a formula has been found for the truce agreement, which includes Egypt's commitment to work for the release of two prisoners “of Islamic Jihad in the hands of Israel, said in a press release Mohammed Al- Hindi, head of the political wing of the Palestinian armed group.

Before this announcement, the armed Islamist organization had launched several rockets in the direction of Israel and Jerusalem, which were intercepted by the Israeli missile defense system, according to the army.

In the Gaza Strip, 17 Palestinians including nine children were killed on Sunday in Israeli raids including on Jabaliya, Gaza City and Rafah, said the Ministry of Health of the Palestinian armed movement Hamas, in power in this enclave under blockade. for more than 15 years.

Since the start of the Israeli operation targeting Islamic Jihad in the impoverished enclave on Friday, “43 Palestinians fell as martyrs, including 15 children” and “311 were injured”, according to a latest report from the ministry, which also reported on entire buildings destroyed in the strikes.

As soon as the rockets were fired from Gaza on Sunday, sirens sounded in the area of ​​Jerusalem, Tel Aviv and Ashkelon to warn of these projectiles and residents rushed to the shelters.

Israeli authorities also claim that some of the Palestinian dead were killed in failed Islamic Jihad rocket fire at Israel, which fell in the Palestinian enclave of some 2.3 million people.

To Gaza, the director of al-Shifa hospital said that his establishment urgently needed medicine and electricity to continue to be able to treat the wounded.

Gaza's only power plant was closed on Saturday due to a lack of fuel, four days after Israel closed crossings with the enclave citing security concerns.

At the time of the rocket fire into Jerusalem, hundreds of Israelis were celebrating a Jewish holiday in the Old City located in the eastern sector of the Holy City, occupied by Israel.

The Israeli army presented its operation as a “preemptive attack” against Islamic Jihad, in which its main military leaders in Gaza , Tayssir Al-Jabari and Khaled Mansour, were killed along with several fighters from the group.

The death of the military leaders was confirmed by Islamic Jihad, considered “terrorist” by Israel, the United States and the European Union.

Israeli Prime Minister Yair Lapid said the operation in Gaza would continue “as long as necessary”, calling the strike that killed Khaled Mansour on Saturday an “extraordinary result”.

Israeli authorities justified their operation by their fears of reprisals from Islamic Jihad following the arrest of Bassem al-Saadi on August 1 in the West Bank, Palestinian territory occupied by Israel. Egypt must work to secure Mr. Saadi's release as part of the truce agreement, according to Islamic Jihad.

Over the past two days, some 40 Islamic Jihad operatives have been arrested by Israeli forces in the West Bank.