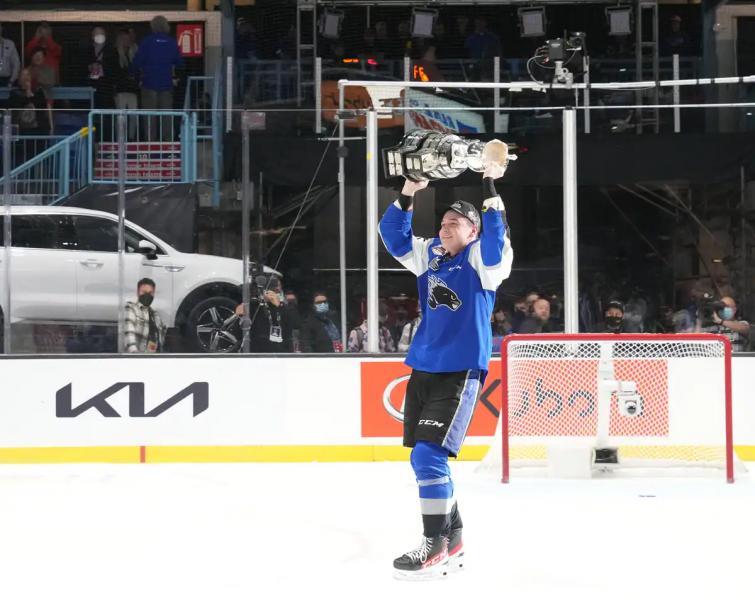 William Dufour ended his junior career in a big way and he hopes to use this momentum to start his professional career on a high note.

Modest fifth-round pick New York Islanders in 2020, the Quebecer experienced a real boom in 2021-2022, totaling 56 goals – a peak in the Quebec Major Junior Hockey League (LHJMQ) – and 116 points in 66 games with the Sea Dogs of Saint John. He was also named Tour MVP.

Dufour notably erased a three-goal deficit against the Shawinigan Cataractes at the end of the Memorial Cup preliminary tournament with a four-goal performance to propel his team into the final. He added two points (one goal, one assist) in a resounding victory in the final against the Hamilton Bulldogs.

Then, this summer, he was one of the architects of the gold medal Canadian at the World Juniors, totaling three goals and seven points in seven games. He notably hit the mark in the final against Finland.

Present at the Islanders' rookie camp, it is therefore only natural for Dufour to have confidence in his abilities, he who initialed his three-year entry contract this year.

“Coming back here, I'm really confident,” Dufour said, according to the Islanders' official website. I had a pretty good season [in 2021-2022] and I'm going to try to bring that to camp and let's see where it takes us.”

French certainly has a place of choice among the Islanders. Arnaud Durandeau, Samuel Bolduc and Vincent Sevigny are also present at camp, while Jean-Gabriel Pageau and Anthony Beauvillier are important members of the Islanders roster.

Dufour also had good words for the two veterans of the Belle Province, but also for Matt Martin and Casey Cizikas, who invited some hopefuls for a round of golf recently.

But beyond integration and adaptation to the game quicker and more robust in professionals, Dufour gives himself a very specific goal: to remain himself.

“I just want to be myself, not to feel pressure, simply continue what I did last year, he explained. That's what I did at the World Juniors. I tried to play a two-way game and bring offense. It's more my kind of game. If I just play my game, I think I'll be fine.”