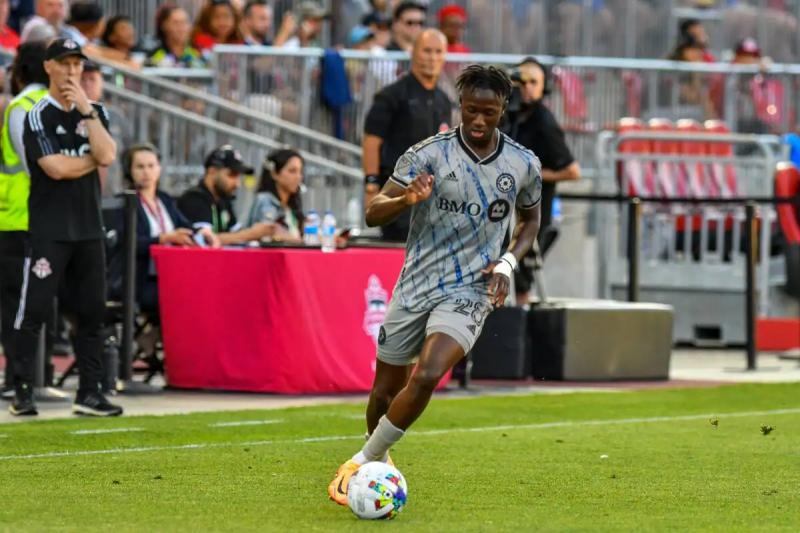 Although he could not come to an agreement with the English club of Norwich, Ismaël Koné is happy to have been spotted by a European team. He will continue his apprenticeship with CF Montreal, which is undoubtedly the best decision at this stage of his career.

We already forget it, but the Quebec midfielder made his professional debut this year. He has seemed so out of place in Major League Soccer (MLS) that expectations have grown for him.

The 20-year-old believes he is improving every day. He does not bother with the departure rumors or even this transfer which aborted with the second division team. As recently as last season, Norwich were playing in the Premier League.

“They made a concrete offer. They came to watch me [in Washington], they were interested. Afterwards, we did not agree on the “business”, let’s say, Koné revealed Thursday at a press briefing. I will always be grateful to Norwich because in truth it is my only offer from a European club. It's a big thing for me, even if it's just an offer.”

“Norwich, it's a goal, since they came knocking on the door, but for the right now, I feel good in Montreal,” he said.

One more season in MLS and regular invitations with the national team could help confirm that he has the caliber to play in Europe. He has only 19 pro games behind the tie.

In Quebec, Koné is at home, in a known environment. He knows the staff and the structure of the club and he is the protege of several veterans of the club, to whom he does not hesitate to ask advice.

“These are things that a football player must do face, because you're not always going to stay at home where it's comfortable, he confessed. It helps your development a lot. Going home after training, seeing your friends, it feels really good. These are things that help you live it better.”

“I was lucky to arrive in a locker room where everyone saw my faults and was able to help me way. It really helped me grow as a player this year,” he said gratefully.

The Ivory Coast native has one goal and three assists in MLS this season. He was not sent on the field by coach Wilfried Nancy last week against Inter Miami CF.