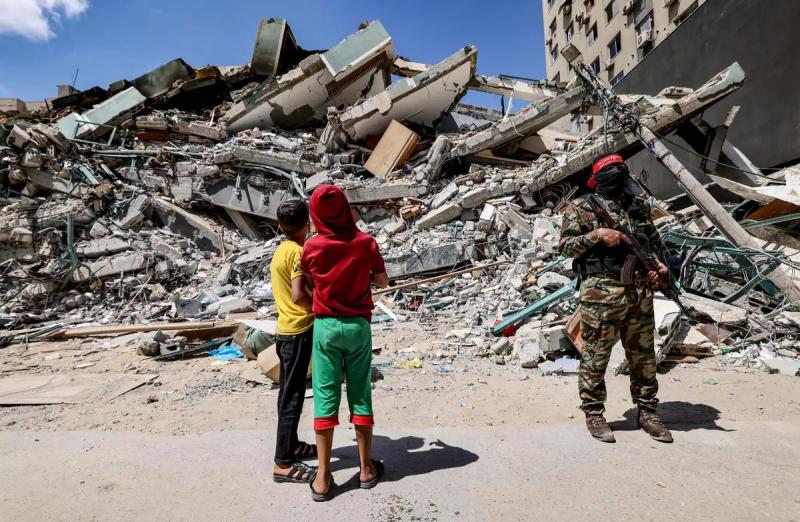 Israeli forces on Monday in the occupied northern West Bank demolished the family homes of two young Palestinians accused of killing three Israelis in May.

Bulldozers demolished destroyed the homes of the families of Assaad Youssef Al-Rifaï, 19, and Sobhi Imed Abou Choukeir, 20, in the village of Roummane, near the city of Jenin, the Israeli army said.

< p>These two Palestinians are awaiting trial for the murder of three Israelis in Elad, a town in central Israel with a large community of ultra-Orthodox Jews.

On May 5, two assailants had allegedly jumped out of a car and attacked passers-by with axes, killing three people and injuring four.

According to Kamal Abu al-Roub, deputy governor of Jenin, more than fifty military vehicles went to Roummane. The demolitions began on Sunday evening and “continued until Monday morning”, he told AFP.

Appeals by the families of the two defendants against the demolitions were rejected by the Israeli Supreme Court.

Israel, whose army has occupied Palestinian territory in the West Bank since 1967, regularly destroys the homes of Palestinians accused of deadly anti-Israeli attacks.

According to the Israeli government these demolitions have a deterrent effect, but critics of this practice denounce it as collective punishment and affecting families who find themselves on the streets.

About 475,000 Israelis live in the settlements – – deemed illegal under international law – in the West Bank, where 2.8 million Palestinians live.