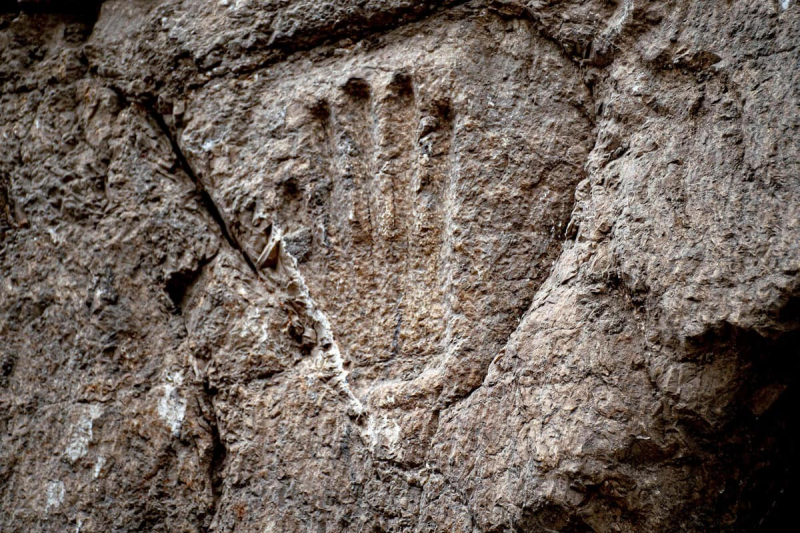 Israel's archaeological services announced on Wednesday the discovery of a “mysterious” handprint engraved in stone, more than a millennium old, outside the Old City of Jerusalem.< /strong>

The find was unearthed in East Jerusalem, part of the Holy City occupied and annexed by Israel, during excavations that revealed remains of fortifications and of a defensive ditch dating from before the capture of Jerusalem by the Crusaders in 1099, indicates the Israel Antiquities Authority (IAA) in a press release.

Dug in the rock, this wide ditch of 10 meters and a depth of up to 7 m in places then surrounded the city between two seven-meter high walls, writes the IAA.

According to historians of the time, it took five weeks for the knights francs to cross it and pierce the defenses of the city, adds the press release.

As for the engraved handprint, discovered rte near Herod's Gate, on the northern part of the current Old City walls (built in the 16th century during the reign of Sultan Suleiman the Magnificent), “to date, archaeologists have not unraveled the mystery of (its) meaning,” writes the IAA.

“Is it the symbol of something? The indication of a specific item nearby? Or is it just a local hoax?” continues the text: “Perhaps we will find out in time”.