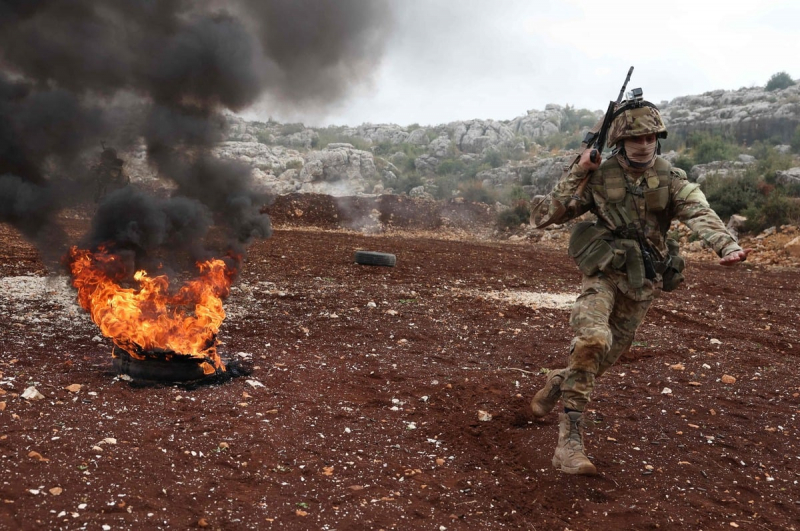 According to a military source quoted by the official Sana agency, the strikes reached the “Al-Chaayrate military airport”, killing two soldiers and injuring three .

The Britain-based Syrian Observatory for Human Rights (OSDH) reported explosions in the area of ​​the Syrian air base. Regime-controlled Al-Shaayrate, claiming four missiles were fired.

This area is home to military sites used by Syrian President Bashar al-Assad's regime as well as Iranian-backed groups, including the Lebanese Shiite Hezbollah movement.

Israel has led hundreds of airstrikes on Syrian territory since civil war erupted there in 2011, targeting government positions as well as Iranian-backed allied forces and Hezbollah fighters.

Israel rarely comments its strikes on Syria, but has repeatedly stated that it will not allow its sworn enemy Iran to gain a foothold there.

At the end of October, four pro-Iranian fighters were killed in Israeli strikes on several positions near Damascus, had indicated the OSDH, which relies on a vast network of sources in Syria.