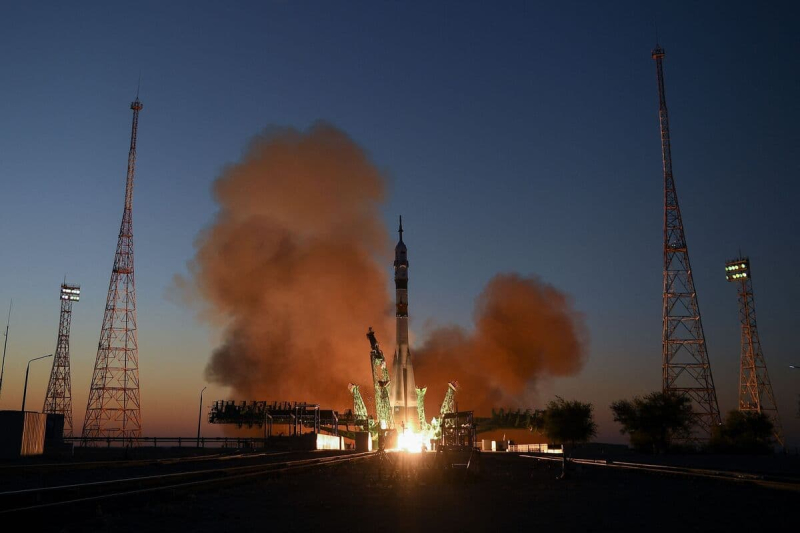 Russia will send a Soyuz spacecraft to the International Space Station on February 20 to bring back two Russian cosmonauts and an American astronaut, after the device supposed to transport them was damaged.

The Soyuz MS-22 spacecraft, currently docked to the ISS, suffered a spectacular coolant leak in mid-December, with images showing a jet of particles escaping from the rear of the vehicle. < /p>

Judging the state of the device too uncertain to bring back the two Russian cosmonauts Sergei Prokopiev and Dmitri Peteline, as well as the American astronaut Frank Rubio, the Russian space agency (Roscosmos) announced that she was going to send another spacecraft, the Soyuz MS-23.

“It was decided to send the Soyuz MS-23 spacecraft on February 20, 2023 without passengers” but with equipment, Roscosmos said in a statement. The take-off of this device was initially scheduled for March 16 and it was to carry three other passengers to the ISS.

The date of the return of the two Russians and the American to the ISS , originally scheduled for March 28, has not been announced. Their mission, however, has been “extended”, Roscosmos has already indicated.

In addition, the damaged vessel will return to Earth without passengers, according to Roscomos.

But the Russian agency does not exclude the possibility of using this vessel to transport passengers “in the event that a a particularly critical situation would arise on board the ISS.”

There are currently seven people on board the ISS. Besides the damaged MS-22, there is only one rescue vehicle left, capable of carrying only four people, in case it needs to be evacuated.

An initial assessment of the causes of the coolant leak that occurred in mid-December mentioned the possibility of tears caused by small naturally occurring meteorites, man-made debris in orbit or hardware failure.

On Wednesday, Roscomos ruled out any mechanical failure and said the version of a “(micrometeorite) impact had been experimentally proven”. According to the Russian agency, this impact opened a hole “less than a millimeter in diameter” in a cooling pipe.

The ISS constitutes one of the few fields of cooperation still between Moscow and Washington since the beginning of the Russian offensive in Ukraine, launched on February 24, and the Western sanctions that followed.

The International Space Station was launched in 1998 from an era of US-Russian cooperation, following the space race the two countries engaged in during the Cold War.