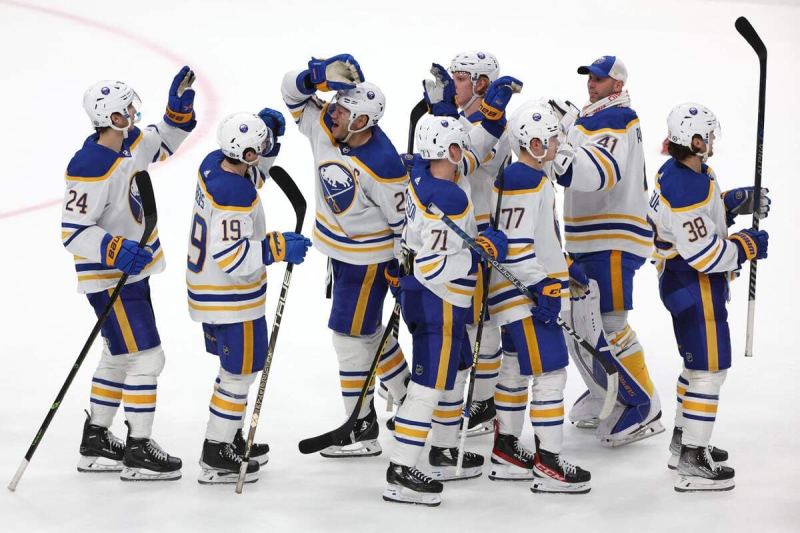 The Buffalo Sabers players played hockey on Tuesday night, but their minds were elsewhere.

Said the manager general Kevyn Adams after his team's 5-4 overtime win over the Capitals in Washington.

The Sabers GM is the only member of his organization to appear before the media, explaining that he wanted to show solidarity with the Buffalo Bills in the tragedy that is currently affecting them.

On Monday night, safety Damar Hamlin suffered a cardiac arrest after a contract with Cincinnati Bengals wide receiver Tee Higgins. Resuscitation maneuvers were carried out on the ground and the representative of the Bills was transported to a hospital center. He is still in intensive care in a condition considered critical.

“What happened last night [Monday] is something that is bigger in our sport and than all sports. It was a very difficult day for us,” expressed Adams.

“To be honest, it's hard to talk about our game. However, I can tell you that we had a group chat this morning and we have so many good people in our locker room. Whether it's on the side of the players, the coaches or the staff.”

A vest and the number three

The Sabers hockey players have also all presented at Capital One Arena with a t-shirt in the colors of the Bills which read: “LOVE FOR 3”.

“We didn't feel like it was a game day normal, said the DG. So we decided to address the question as a group. I told them I was proud of them and what they do for our community.”

The number three, which is Hamlin's number, was in the spotlight during the match. It was Tage Thompson's third goal that gave the Sabers the overtime victory.

It was the 25-year-old sensation's third hat trick this season and the success was entered when both teams had just played exactly three minutes in overtime.