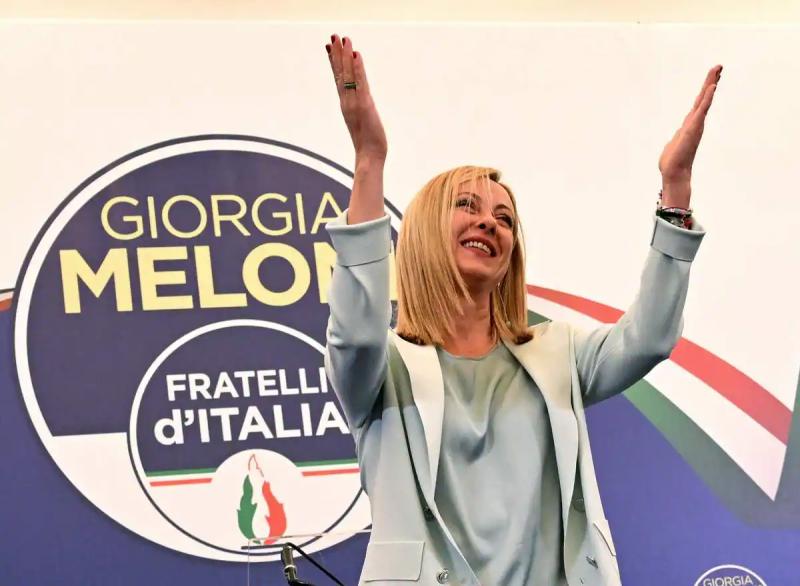 In Europe, reactions were mixed Monday after Giorgia Meloni's post-fascist party won the Italian legislative elections, with Poland and Hungary showing their support while France, Germany and Spain remained on their guard.

– France will be “attentive” to “respect” for human rights and the right to abortion, warned Prime Minister Elisabeth Borne: “Of course, we will be attentive (together with) the President of the European Commission (Ursula von der Leyen), that these values ​​on human rights, on respect for each other, in particular respect for the right to abortion, are respected by all”, she declared on the channel BFMTV.

– Spanish Foreign Minister José Manuel Albares warned during a press breakfast that “populism always ends in disaster” and considered that this victory came at a time when “two models clash” in Europe, against the backdrop of the war in Ukraine.

“A model on which the Spanish government and many other countries in Europe are betting, which is that of European construction” and “another model, that of Vladimir Putin, an authoritarian model in which political forces in Europe find themselves and even within this country,” he said, referring to the far-right Vox party.

A spokesperson for the Ministry of Finance told him that Berlin continued to expect Rome to respect European budgetary rules.

– Brussels, for its part, hopes that it will have “constructive cooperation with the new Italian authorities,” according to European Commission spokesman Eric Mamer.

“The Commission and the President (Ursula von der Leyen) are working with the governments coming out of the elections of the countries of the European Union. It is no different in this case”, he said during a daily press conference of the European executive.

– Polish Prime Minister Mateusz Morawiecki, has hailed the “great victory” of Giorgia Meloni. “Great victory! Congratulations!” Mr. Morawiecki exclaimed on Facebook, using emojis to emphasize that the two countries would be strong together.

– An enthusiasm shared by Hungarian nationalist Prime Minister Viktor Orban, who tweeted “Bravo, Giorgia! a well-deserved victory. Congratulation!” “We need friends more than ever who share a common vision and approach to Europe,” added its political director, MP Balazs Orban.

– In several European countries, training extreme right were delighted with the victory of Ms. Meloni.

“The Italian people have decided to take their destiny into their own hands by electing a patriotic and sovereignist government”, tweeted the French Marine Le Pen, of the National Rally (RN).

“We are jubilant with Italy! Congratulations to the whole alliance”, estimated in Germany Beatrix von Storch, vice-president of the AfD group in the Bundestag.

For the leader of the Spanish Vox party, Santiago Abascal, Ms Meloni “showed the way to a proud and free Europe of sovereign nations”, believing that “millions of Europeans placed their hopes in Italy”.