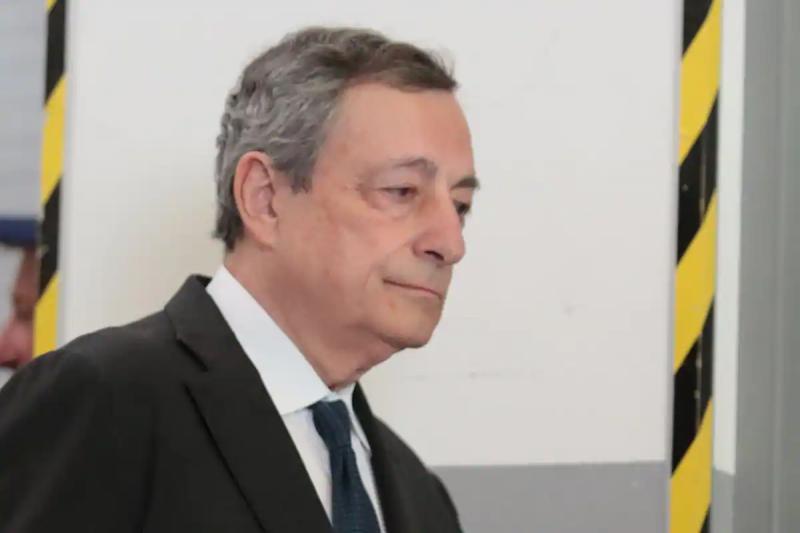 ROME | Italian Prime Minister Mario Draghi, whose resignation was refused by President Sergio Mattarella, began counting his troops on Friday to see if his government can still win the confidence of parliament.

< p>Mr. Draghi, who wanted to resign after the non-participation of the 5 Star Movement (M5S, antisystem), member of the ruling coalition, in a vote of confidence requested by the government, was “invited to appear before parliament (…) so that an assessment of the situation takes place”, announced the presidency on Thursday evening.

Mario Draghi having to go to Algiers on Monday and Tuesday, this crucial meeting has been fixed for Wednesday .

“Mr. Draghi will give his speech in parliament on Wednesday following a major, unprecedented agreement on Algerian gas, which will make him a kind of hero of emancipation from Russia”, so those voting against his government will be perceived as “Russian puppets”, analyzed for AFP Francesco Galietti, head of the Policy Sonar think tank.

In the meantime, a frantic count of parliamentarians supporting Mario Draghi or on the contrary wishing for early elections began on Thursday evening.

On the one hand, the Democratic Party (PD, centre-left) and Matteo Renzi, former Prime Minister and leader of the small centrist party Italia Viva (IV), are trying by all means to convince Mr. Draghi to remain at the head of the government until elections scheduled for early 2023.

“I'm furious with the M5S, I don't even want to talk to them. I will fight with all my might for there to be a Draghi government” until the end of the legislature, thundered Mr. Renzi.

“Now we have five working days left for Parliament to confirm confidence in the Draghi government and for Italy to emerge from this dramatic development,” said PD leader Enrico Letta.

fundamentally, the fear of left-wing and centrist leaders of having to face early elections for which all the polls show the right largely winning.

A right which, despite everything, hesitates because it is divided.

The government majority parties, Silvio Berlusconi's Forza Italia and Matteo Salvini's League, are tempted to go to the polls, but would find it difficult to explain to their electorate the refusal to vote confidence in the Draghi government when Italy must face inflation, the new wave of Covid or the war in Ukraine and its consequences.

The Fratelli d'Italia party (FDI, extreme right), in opposition, pushes on the other hand from all its forces to obtain early elections.

A victory for the right would be assured in such an election, but only if it remains united. But the very fate of the Draghi government divides them, so that a joint decision is anything but certain.

“Various political leaders believe that early elections would be a desirable outcome because the government has practically lost its capacity adopt new reforms and make politically difficult choices,” said Lorenzo Codogno, former chief economist of the Italian Treasury and visiting professor at the London School of Economics.

Cardinal Matteo Zuppi, president of the Episcopal Conference of the very influential Italian Church, for his part, called for “responsibility”, expressing “great concern about the political situation”. “We hope that there will be a burst of responsibility in the name of the general interest of the country”, he urged.

And what about the 5 Star Movement, at the origin of the crisis and considered a plague victim by the other parties? Nothing has officially leaked out about the meeting of their National Council which was held late Thursday evening.

Giuseppe Conte, Mr. Draghi's predecessor as head of government and current leader of the M5S, is remained laconic: “We discussed, we took note of the resignation of Mr. Draghi and we will continue to discuss tomorrow”.

But according to the daily La Stampa, this meeting of almost three hours was marked by “moments of great tension” and “sparks”. “It is better that we sleep on it, otherwise it will end badly,” confided one of the daily participants.