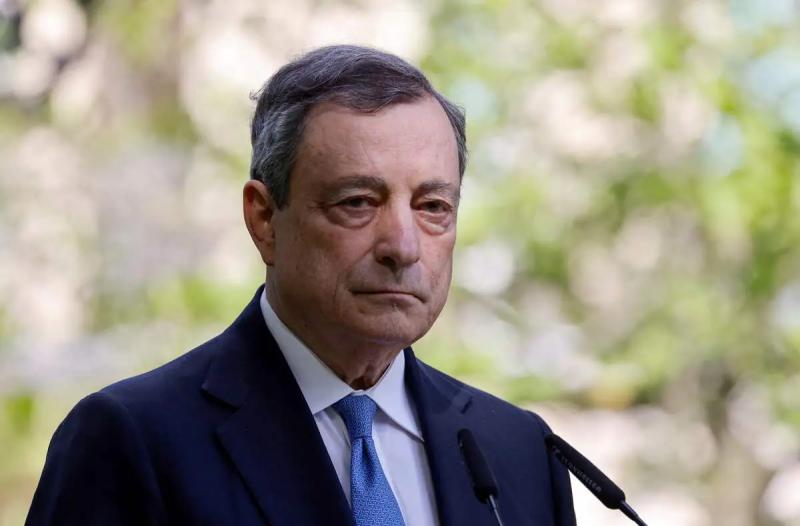 ROME | Endgame for 'Super Mario': Defeated by the heavyweights of his national unity coalition, Italian Prime Minister Mario Draghi resigned on Thursday, sparking concern in the markets and in Europe. < /p>

Mr. Draghi went to the presidential palace of the Quirinal where he submitted his resignation to President Sergio Mattarella, who “took note of it”.

President Sergio Mattarella could immediately dissolve parliament and call early elections in the fall. In the meantime, the government remains in place to expedite current affairs, said the presidency.

The departure of Mario Draghi was expected after Forza Italia, the right-wing party of Silvio Berlusconi, the League, the far-right formation of Matteo Salvini, and the populist formation Mouvement 5 Étoiles (M5S) refused to take part in a vote of confidence requested Wednesday by the head of government in the Senate.

Even if he finally obtained confidence on the wire, these mass desertions are a disavowal for Mr. Draghi, who had said he was ready to remain in his post provided that the parties of his coalition fall into line around a government “pact”, already jeopardized last week by a first defection from the M5S.

Arrived at the head of the executive in February 2021 to get Italy out of the health and economic crisis, Mr. Draghi, 74, presented his resignation on July 14 to President Mattarella, who immediately refused it.

Mr. Draghi felt his government of national unity, running from the left to the far right, was lapsed after the crisis caused by the defection on the same day in a key vote, already in the Senate, of the M5S, himself faced with strong internal dissension and a haemorrhage of parliamentarians.

“The only solution, if we still want to stay together, is to rebuild this pact from its foundations, with courage, altruism and credibility,” he said again on Wednesday. “That's what the Italians are asking for,” added the former head of the European Central Bank (ECB), on the strength of polls saying that two-thirds of Italians wanted “Super Mario” to remain at the helm.

The internal (economic recovery, inflation, employment) and external (energy independence, war in Ukraine) challenges facing Italy and the EU “require a truly strong and united government and a Parliament that accompanies it with conviction”, he argued.

But his appeal was ignored by the heavyweights of his coalition, their eyes already riveted on the upcoming election campaign. In the end, only the center and the left embodied by the Democratic Party (PD) remained by his side until the end.

The Italian press judged this impasse harshly: “Italy betrayed”, headlines the daily La Repubblica. “Farewell to the Draghi government”, writes the Corriere della Sera, while La Stampa sees it as a “shame”.

The rights in ambush

The specter of early elections was feared by the center and the left, given that they were beaten in opinion polls by the so-called “centre-right” coalition which brings together Berlusconi's right and the extreme right represented by the League and Fratelli d'Italia.

This post-fascist party, chaired by Giorgia Meloni, is given first in the voting intentions, with nearly 24%, ahead of the Democratic Party (22%) and the League (14%), according to the latest poll dated SWG Institute, conducted on July 18.

“We are ready. This nation is in desperate need of regaining its conscience, its pride and its freedom,” Giorgia Meloni, a 45-year-old trained journalist who could become Italy's next head of government, tweeted on Thursday.

A prospect that worries Italy's European partners because without defending an exit from the EU, Fratelli d'Italia advocates a revision of the treaties and the substitution of the Union by a “confederation of sovereign states”. He does not plead for an exit from the euro but calls for a radical reform of the ECB.

The European Commissioner for the Economy, the Italian Paolo Gentiloni, himself a former head of the Italian government, judged the parties that let go of Mario Draghi “irresponsible”, while Brussels and its European partners pressed for him to remain in his post.

For Paris, the departure of Mario Draghi, “pillar for Europe”, opens a “period of uncertainty”, thus estimated Thursday the French Secretary of State in charge of Europe Laurence Boone.

The markets are also scrutinizing the situation carefully. Italy's cost of debt has risen again and the Milan Stock Exchange fell on Thursday morning, a sign of market nervousness over uncertainty in the euro zone's third-largest economy.