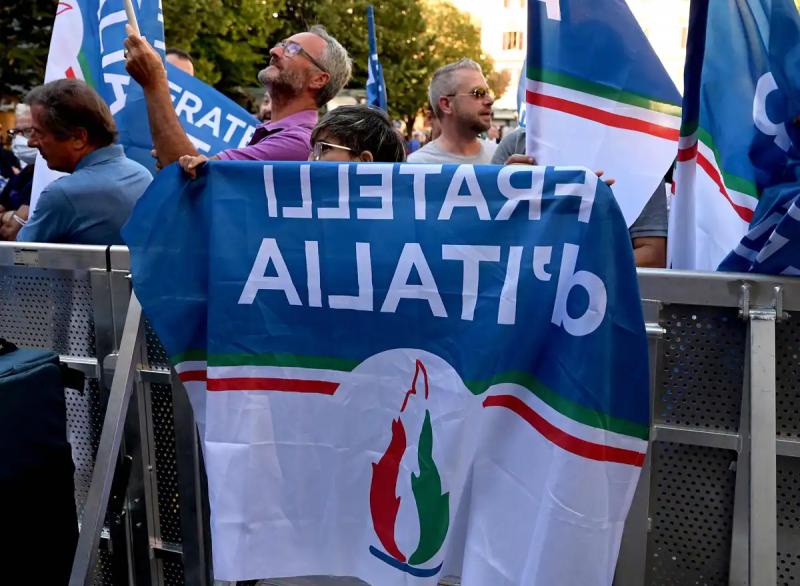 A parliamentary candidate for Fratelli d'Italia (FdI), the favorite post-fascist party in the September 25 legislative elections in Italy, has been suspended after praising Adolf Hitler on social media, we learned on Tuesday.

A few days before the election, FdI hastened to put an end to the controversy by ousting its executive while its president, Giorgia Meloni, who could become Prime Minister, is working to give a respectable image of her organization and to make people forget her origins in Mussolini's Italy.

Calogero Pisano, party leader in the province of Agrigento in Sicily and member of the national leadership, is suspended “with immediate effect” from his internal duties, said a statement sent to AFP.

He “no longer represents FdI at any level and is prohibited from using its logo”. He is also summoned before the governing bodies for possible additional sanctions, the statement said.

In a Facebook post from 2014, commenting on a slogan launched at a public meeting of FdI “Italy above all” printed on a photo of Giorgia Meloni, Calogero Pisano had written: “It reminds me of a great man of 'State 70 years ago', specifying that he was not speaking of Benito Mussolini but of a 'German'.

Other publications attest to his attachment to historical fascism.

The vice-president of the Democratic Party (center left), Peppe Provenzano, was the first to react to the affair revealed by the daily newspaper “La Repubblica”.

“The deep roots do not freeze never”, he said on his Twitter account, denouncing in particular the use of the tricolor flame as an emblem of the FdI, taken over by the Italian Social Movement (MSI) founded after the war by followers of Mussolini.

Ruth Dureghello, president of the Jewish community in Rome, said it was “unacceptable that someone praising Hitler could sit in the next parliament”.

< p>Giorgia Meloni who declared, as a young activist in the 1990s, that Mussolini had been a “good politician”, assures today that “those nostalgic for fascism have no place” in his movement.