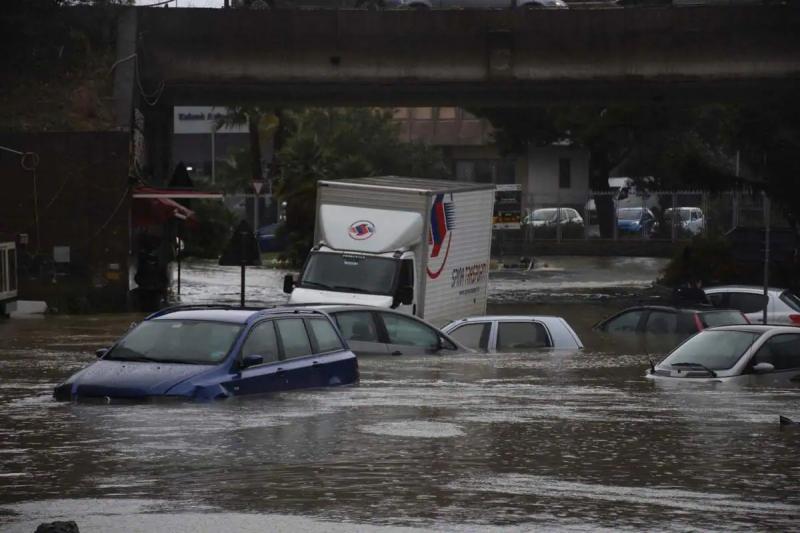 Four other people are also missing, including an eight-year-old child who was with his mother in the car. The latter was saved by firefighters but the force of the water current took her child away from her, according to the AGI agency.

The most affected region is the province of Ancona, a port on the Adriatic Sea, but bad weather has also hit the neighboring region, Umbria.

In the province of Ancona, many areas have been without electricity and without telephone lines and schools will be closed on Friday in the most affected localities.

According to the “Corriere della Sera”, approximately 400 mm of rain fell Thursday evening in two hours, an amount that normally falls in six months in this area.

Firefighter video shot in the town of Senigallia shows rescuers in deserted streets, waist deep in water, dashing off in search of people while rowing a dinghy.

The water also invaded the cellars and many cars were swept away by the force of the current and buried under mudslides.

Falling trees and landslides cut off many local roads making it more difficult for rescuers.

“Dozens of people who had taken refuge on trees and the roofs of houses were rescued,” the firefighters wrote on their Twitter account on Friday morning.

“More than 150 interventions carried out, seven dead and three missing,” added the tweet.

“It's called climate crisis, not bad weather,” reacted for its part on Twitter the Italian branch of “Fridays for Future”, the youth movement for the climate, while the president of the Italian Red Cross Francesco Rocca said he was “concerned by the increase in extreme climatic phenomena”.

A week before the legislative elections of September 25 , many politicians have expressed their support for the region, including Matteo Salvini, leader of the Sovereignty League and Enrico Letta, leader of the Democratic Party (PD, center-left).

The President of the region, Francesco Acquaroli, for his part, indicated having received phone calls of solidarity from the pr President of the Republic Sergio Mattarella and Prime Minister Mario Draghi.