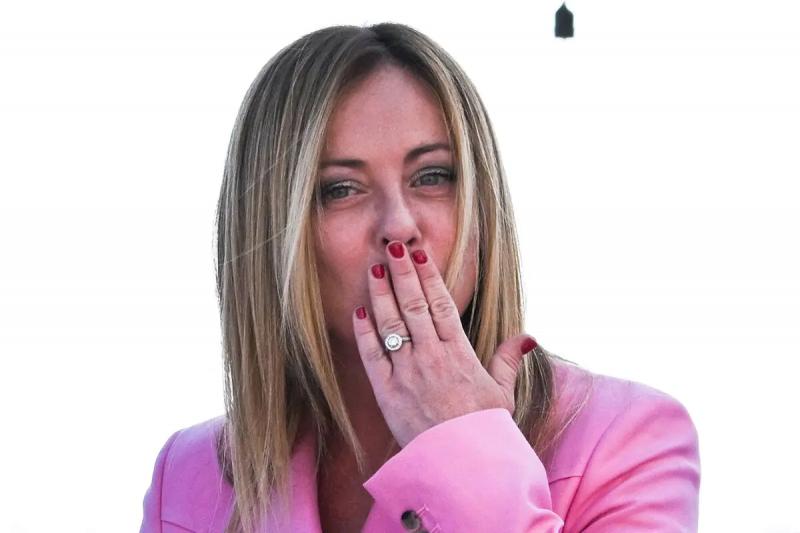 More than 50 million Italians are called to the polls on Sunday to elect their parliament, where, barring any surprises, the far right should enter in force and propose the prime minister who will succeed Mario Draghi.

“I play to win, not to participate”, declared to the press while going to vote Matteo Salvini, leader of the Anti-immigrant League, who sees his party “on the podium: first, second, at worst third” at the end of the ballot.

“I look forward to returning from tomorrow to the government of this extraordinary country,” added Mr. Salvini who was Deputy Prime Minister and Minister of the Interior in Giuseppe Conte's first government (2018-2019). p>

The President of the Republic Sergio Mattarella and Enrico Letta, leader of the Democratic Party (PD, centre-left) also voted in the morning.

At only 45 years old, Giorgia Meloni, the leader of the post-fascist Fratelli d'Italia party, credited with almost a quarter of the votes in the latest polls, is the favorite to lead a coalition government in which the far right would largely dominate the classical right.

An earthquake on the scale of Italy, founding country of the European Community and third economy of the euro zone, but also of the EU, which should come to terms with this ideologue close to Hungarian Prime Minister Viktor Orban.

“In Europe, they are all worried to see Meloni in government (…) The party is over, Italy will start defending its national interests,” she warned during her campaign.

This former admirer of Mussolini, whose motto is “God, fatherland, family”, succeeded in demonizing her party and catalysing on her behalf the discontent and frustrations of her compatriots by camping in the opposition when all the other parties supported Mario Draghi's government of national unity.

But the mass is not said: “unpredictable, the elections are played on emotion and at the last moment”, reminds AFP Emiliana De Blasio, professor of sociology at the Luiss University of Rome, while emphasizing the the key role of the undecided, estimated at around 20%, and the importance of the final rate of participation.

The scores of the 5 Star Movement (M5S, ex-antisystem), credited with having instituted an income minimum for the poorest, and the PD, well established locally, could hold surprises, especially in the south of the country.

Whatever government emerges from the elections, which will not take office until the end of October, its path already appears to be strewn with pitfalls.

It will have to manage the crisis caused by soaring prices as Italy is crumbling under a debt representing 150% of GDP, the highest ratio in the euro zone behind Greece.

In this context, the manna of the European post-pandemic recovery plan, whose l 'Italy is by far the first beneficiary, will be essential to keep the peninsula afloat.

“Italy cannot afford to deprive itself of these sums of money”, observes for AFP the historian Marc Lazar, therefore judging “very limited the room for maneuver of Meloni” on the economy.

On the other hand, it could strike out against Brussels alongside Warsaw and Budapest “on issues of defending the national interest in relation to European interests”.

Like the French Marine Le Pen, Giorgia Meloni has finally given up on leaving the euro, but she is calling for a “revision of the rules of the Stability Pact”, suspended due to the health crisis, which set a ceiling of 3% of GDP for the deficit and 60% for the debt.

On social issues, this pure Roman girl is ultra-conservative: “Yes to the natural family, no to the LGBT lobby! Yes to sexual identity, no to gender ideology! Yes to the culture of life, no to the abyss of death!”, proclaimed in June the one who also promises to fight “against the Islamization of Europe”.

Her arrival in power would also result in the padlocking of the country, where tens of thousands of migrants disembark every year, a prospect that worries NGOs rescuing boats fleeing poverty in Africa.

While government instability of Italy is legendary, the experts already agree on the short life expectancy of this coalition where Ms. Meloni will have a lot to do to manage her cumbersome allies, be it the indestructible Silvio Berlusconi or Matteo Salvini.